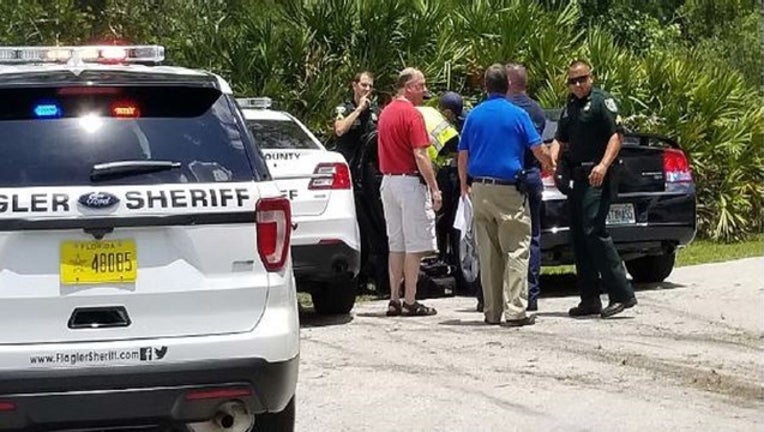 Upon arrival, they say they found a 19-year-old man on his garage floor with a gunshot wound to the abdomen. Responding units learned the suspect had fled in an older model Honda four-door car. The suspect's car was seen fifteen minutes later turning onto Royal Palms Parkway from Town Center Boulevard.

Police report that multiple units attempted to stop the vehicle in this area, even using stop sticks and a tire deflation device. Deputies pursued the suspect, who was throwing items out of his car.  The suspect was eventually pinned in by Sheriff's cars after he crashed his vehicle.

The report states that the suspect was identified as 19-year-old Levi Evan Ovenshire of Palm Coast. The suspect was taken into custody and, after medical clearance, transported to the Flagler County Detention Facility. He is initially being charged with Aggravated Fleeing and Eluding.

The victim was air lifted to Halifax in Daytona Beach with life threatening injured, says the police.

The reason behind the shooting is unknown at this time.

Sheriff Rick Staly, who had been enroute to assist in the chase, arrived on scene moments after the suspect was caught. "I hope the victim makes a full recovery, and I'm thankful that no one else was injured during the pursuit of this dirtbag," Sheriff Staly said. "He was driving like a maniac trying to get away, so I am glad that none of my deputies or people in our community were hurt."