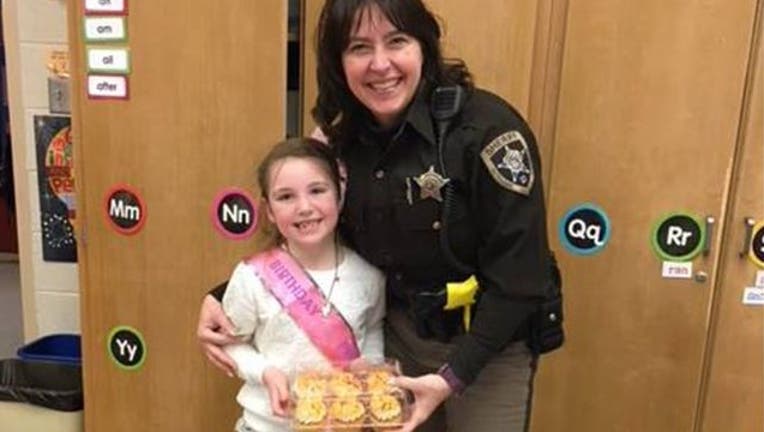 A sheriff's deputy bought cupcakes for a little girl after hers were destroyed in a car wreck. (School District of New London)

FOX NEWS - A Wisconsin sheriff's deputy helped save a little girl’s birthday after a car wreck ruined the homemade cupcakes she’d intended to share with her classmates.

Eight-year-old Joey Huey was on her way to school in New London Monday with her grandmother, Hali, when the two got into a car accident.

The two were unharmed, but the cupcakes Joey and Hali had spent the night before making from scratch to bring to Joey’s elementary school didn’t fare as well.

“My grandma helped me, but I mostly did most of the work. There were 16 of them, and I made some flowers on them and stuff, with M&Ms and some sprinkles, and some frosting,” Joey told Fox 11 News.