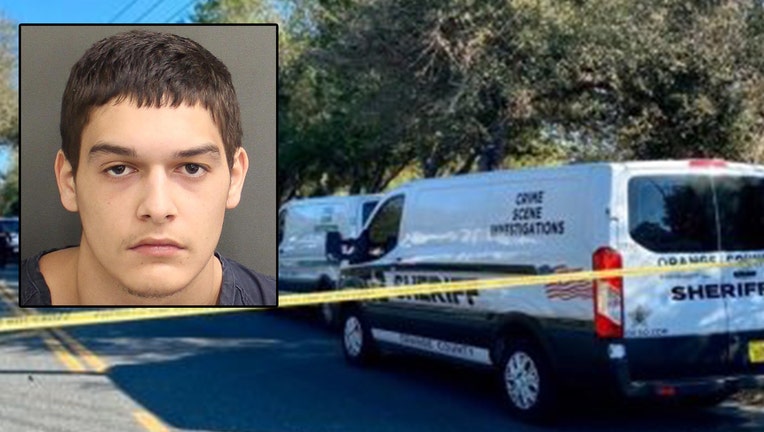 ORLANDO, Fla. - A suspect was shot Friday morning after Orange County deputies say he shot at them while on the run.

The Orange County Sheriff's Office says it happened at N Econlockhatchee Trail between E Colonial and State Road 417 in Orlando.

Authorities were called to area for a call for a domestic violence incident around 7:30 a.m.

According to Sheriff John Mina, 19-year-old Bryce Theygan Weir, held his girlfriend at gunpoint and forced her to drive to the area for an unknown reason.

"At which time he fled from the vehicle," Orange County Sheriff John Mina said. "Our deputies knew he lived in this area and were able to locate him. At that time he produced a glock handgun with a high capacity magazine, fired at our deputies, our deputies returned fire hitting him at least once."

They were able to locate him in a backyard.

Weir is being treated for one gunshot wound to his lower leg at the hospital. He is facing several charges which include aggravated assault on a Law Enforcement Officer and armed kidnapping.

Nearby neighbors said they woke up to hearing shots fired.

"When I was in the backyard, I actually heard gunshots," Teresa Mercado said. "Like it was a lot of gunshots."

Weir had reportedly shot at his girlfriend during an earlier incident.

"We do have a prior history with him," said Sheriff Mina. "On January 11, he actually shot at his girlfriend, was arrested for that charge. And then he's now out on bond."

Deputies say during the January incident, Weir shot two women. Both victims were transported to the hospital. They received non-life threatening injuries.