An Osceola County apartment maintenance man has been arrested after deputies say he raped a 70-year-old tenant he claimed he was in love with.

OSCEOLA COUNTY, Fla. - An Osceola County apartment maintenance man has been arrested after deputies say he raped a 70-year-old tenant with whom he claimed he was in love.

Freddy Rodrigo Lafuente, 42, has been booked into the Osceola County Jail without bond after investigators said he sexually assaulted the woman who was living at an apartment inside the complex where he worked.

He is charged with sexual battery and lewd and lascivious molestation of the elderly.

Osceola maintenance man raped tenant, said he was in love with her, sheriff says

An Osceola County apartment maintenance man has been arrested after deputies say he raped a tenant he claimed he was in love with. 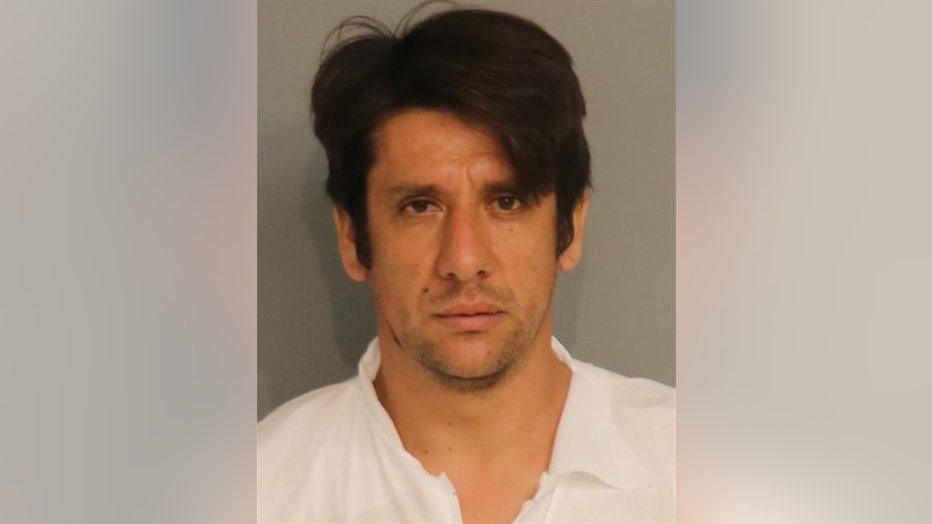 Deputies said on March 2 Lafuente, went to the victim's unit to do some work. While making small talk, deputies said he told the victim he had been in love with her and then forced himself on top of her. He then reportedly took her to the bedroom where he raped and sexually battered her, the sheriff's office said.

"It’s very sick and sad and twisted," Osceola County Sheriff Marcos Lopez said. "He grabs her, picks her up, takes her to the bedroom, and she’s like, ‘Please don’t do this to me!’ and he rapes her."

Lafuente then left the apartment and reportedly told the victim he would return in two hours. The victim then locked herself in the bathroom. The Sheriff's Office said she passed out in the bathroom where her family found her.

Investigators said when her granddaughter got home, she couldn’t get into the apartment and couldn’t get in touch with her grandmother, so she went to the front office for help.  Deputies said the manager, Lafuente, and another maintenance worker helped the granddaughter get inside the apartment.  That’s when deputies said they found the victim barely conscious, naked in the bathroom.  The victim later woke up in the hospital.

"To find your grandma like that in that condition. It’s a sight you’ll never get rid of. It’ll always be in your head," Knopp said.

"This is a sick man," the sheriff said.

The victim reported the incident and Lafuente was arrested.

Court records show Lafuente is a two-time convicted felon on probation until 2025 for a 2018 aggravated battery with serious bodily injury case.

"Oh wow! I did not know that. He should not have been working here," Knopp said.

FOX 35 News asked the apartment complex manager if they do background checks on their employees, but she refused to answer our reporter’s question.

The Florida Senate recently passed ‘Miya’s Law,' in honor of Orlando college student Miya Marcano who was murdered by a maintenance worker in her apartment complex. "Miya's Law" aims to improve apartment safety, in part, by requiring background checks for apartment building employees.

The bill now moves to the state House.