People living on Myers Drive say they woke up to the sound of helicopters and sirens around 4 a.m. Friday. The Orange County Sheriff’s Office says 23-year-old Shavell Jones killed his girlfriend, her sister, her mother, and a four-year-old girl.

ORLANDO, Fla. - Two children, ages 4 and 6, survived a deadly shooting rampage in an Orlando home by hiding under their blankets, the Orange County Sheriff's Office said.

Deputies said Shavell Jones, 23, killed his girlfriend, her sister, her mother, and a four-year-old girl. They said after shooting the four family members in the head, Jones shot himself in the head. Jones survived and was taken to the hospital, where according to his family, he had surgery to remove gun fragments from his skull and is expected to live.

Another family member was also shot, but managed to escape and run to a neighbor's home for help.

During a news conference on Friday, Sheriff John Mina said the four-year-old’s twin and six-year-old sibling were in the house but hid under a blanket and weren’t hurt. Their mother was the one who ran and got help from the neighbor.

The family of the accused shooter spoke with FOX 35.

"I understand he was drunk and whatever, but still, a kid?" said the Jones’ sister, who asked not to be identified. "He’s not this type of kid. He’s not. He’s always smiling, he’s always at the house with family, he’s always chillin', playing games with us. I just don’t understand." 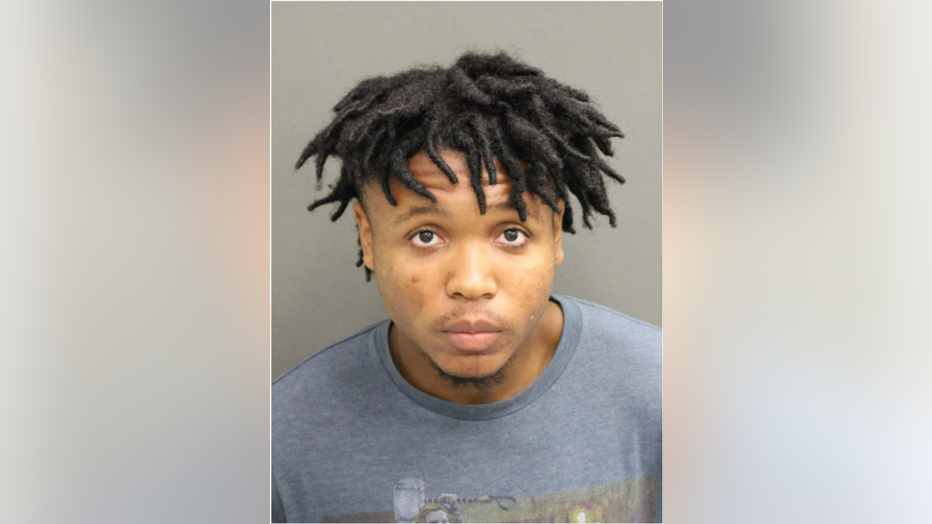 Deputies say they had no reports of domestic violence with that family before.

The Orange County Sheriff’s Office says the shooting happened after Jones and his girlfriend got into a fight Thursday night. Sheriff John Mina says Jones had packed up his things to leave, but then shot the family instead.