People living on Myers Drive say they woke up to the sound of helicopters and sirens around 4 a.m. Friday. The Orange County Sheriff’s Office says 23-year-old Shavell Jones killed his girlfriend, her sister, her mother, and a four-year-old girl.

ORANGE COUNTY, Fla. - People living on Myers Drive say they woke up to the sound of helicopters and sirens around 4 a.m. Friday.  The Orange County Sheriff’s Office says 23-year-old Shavell Jones killed his girlfriend, her sister, her mother, and a four-year-old girl.

Deputies say after shooting four family members in the head, plus a fifth family member, Jones shot himself in the head. Jones survived and was taken to the hospital, where according to his family, he had surgery to remove gun fragments from his skull and is expected to live.

The four-year-old’s twin and six-year-old sibling were in the house but hid under a blanket and weren’t hurt.  Their mother was shot but ran to a neighbor’s for help. The family of the accused shooter came to grab his car from the house where the tragedy occurred.

"I understand he was drunk and whatever, but still, a kid?" said the Jones’ sister, who asked not to be identified. "He’s not this type of kid. He’s not. He’s always smiling, he’s always at the house with family, he’s always chillin', playing games with us. I just don’t understand."

Deputies say they had no reports of domestic violence with that family before. 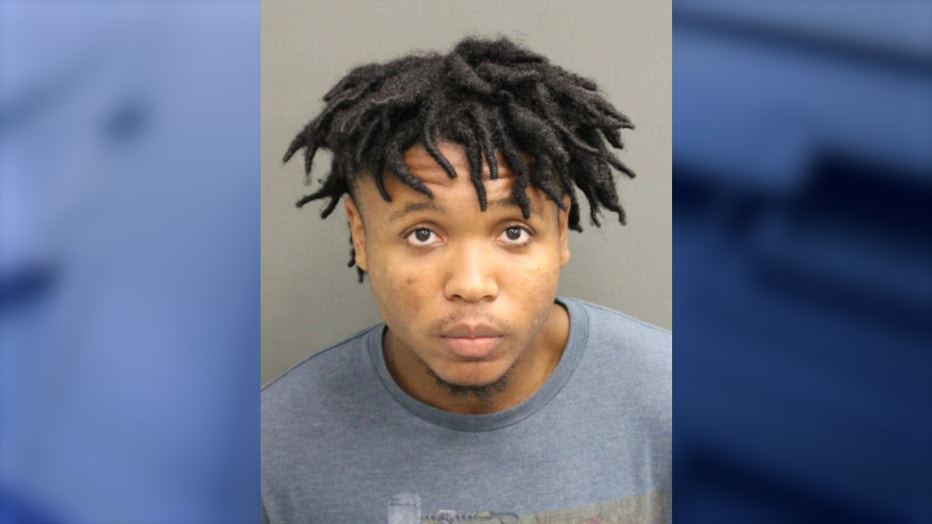 Jones’ criminal record only includes a few traffic infractions and a 2019 charge for not getting a rabies vaccine. But even knowing that, and knowing this seems to be an isolated incident, neighbors still say they feel unsafe.

Sharon Green says gunfire is so common in that area, she either didn’t hear or didn’t process the sound of the shooting overnight.

"Emotionally, it’s scary, and it’s hard knowing it happened right next door, pretty much," Green told FOX 35. "Pretty much the whole family is gone in the blink of an eye."

Debbie Bash lives nearby and says she always feels threatened in that area.

"I’m going to continue to say this is a dangerous area to live in because there are so many drug deals that go on. We’ve got some guy that lives across the street that shoots off AR weapons for two or three hours at a time that we have to sit and listen to."

The Orange County Sheriff’s Office says the shooting happened after Jones and his girlfriend got into a fight Thursday night. Sheriff John Mina says Jones had packed up his things to leave, but then shot the family instead.

Jones’ family told FOX 35 News they had met the woman before.

"She used to come over to our house, we used to play game nights and stuff like that. She was a sweet girl, they seemed like they had the perfect relationship. That’s why we’re so in shock," his sister said. "I can’t believe this."

Both Jones’ sister and mother told FOX 35 they feel terrible about what happened, though still can’t quite wrap their heads around it.

"I feel bad for all parties that were involved," his sister said.