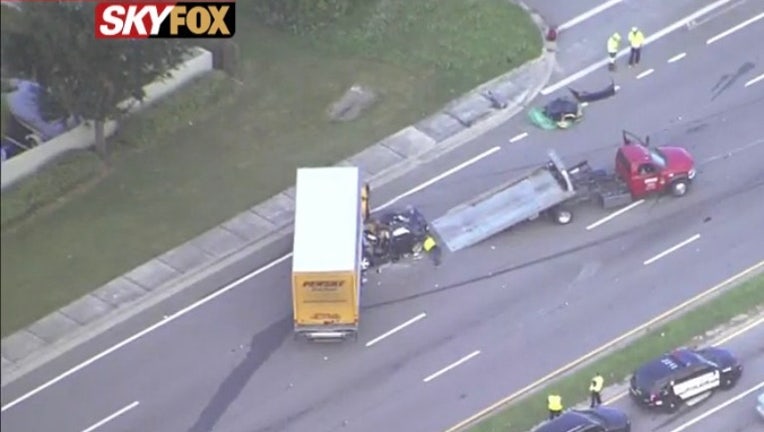 CLERMONT, Fla. - A teenager was killed and 3 passengers were injured after crashing into a Penske box truck on U.S. Highway 27 in Clermont early Tuesday morning.

Clermont police said it happened on South US-27 and Hooks Street around 2:30 a.m.

Police said that the teenagers, ages ranging from 13 to 15, were traveling in a blue Toyota Corolla when they crashed into the truck.

"The driver of the Toyota, along with one passenger, sustained critical injuries. One passenger was pronounced deceased by Emergency Medical Personnel. The remaining passenger sustained life-threatening injuries," Clermont police said in an update.

Two adults that were in the Penske truck did not sustain any serious injuries.