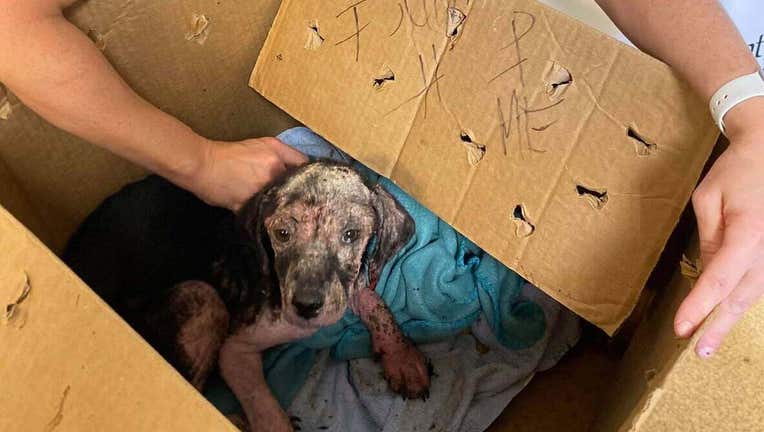 LOUISVILLE, Ky. - A puppy named Liam is fighting for his life after being left outside of a Kentucky shelter in a taped-up box with the words ‘FOUND HELP ME’ written on it.

The Kentucky Humane Society found the puppy on September 17 in a cardboard box that had holes poked in it. When they opened the box, they found an "emaciated and miserable looking animal" staring up at them. 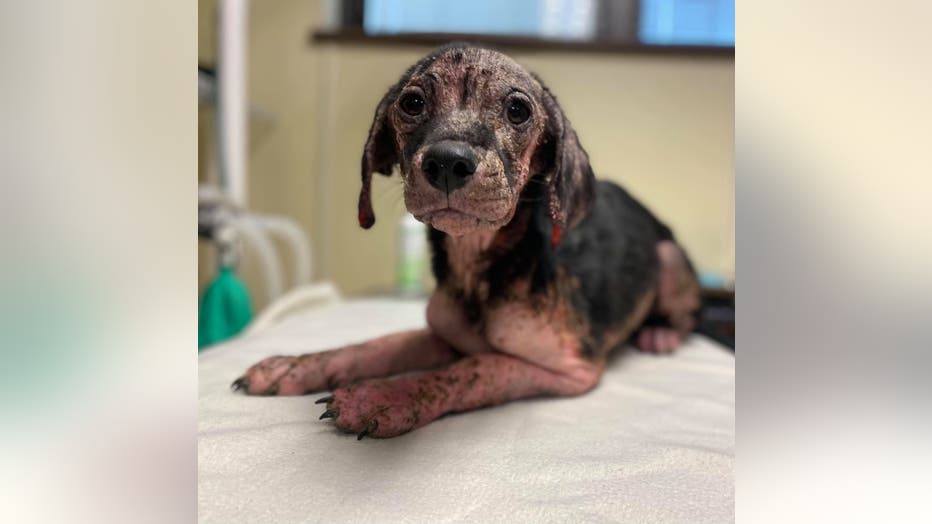 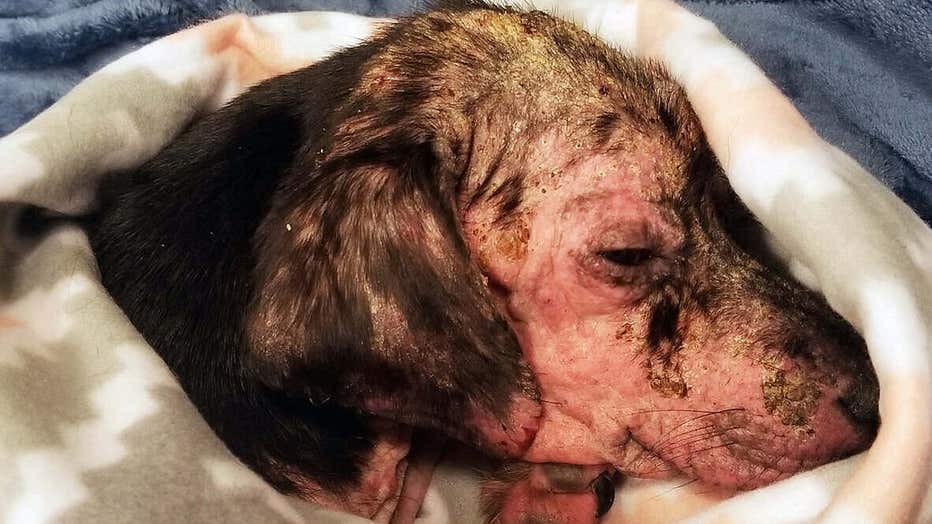 "The young dog’s inflamed skin was raw and swollen from infection, he was missing almost all of his fur, and he was bloody from the sores that covered his thin body," the shelter wrote on Facebook. "He was so weak from demodectic mange and malnutrition that he could not even stand on his own."

The puppy is estimated to be around 6 to 8 months old.

To make matters worse, little Liam is also suffering from Parvovirus, an extremely serious and highly transmissible virus that can cause intestinal damage and can lead to a septicemia, a deadly blood infection, the shelter said. Liam is receiving around-the-clock care, but given his condition, the shelter says it’s not sure how long he would survive. 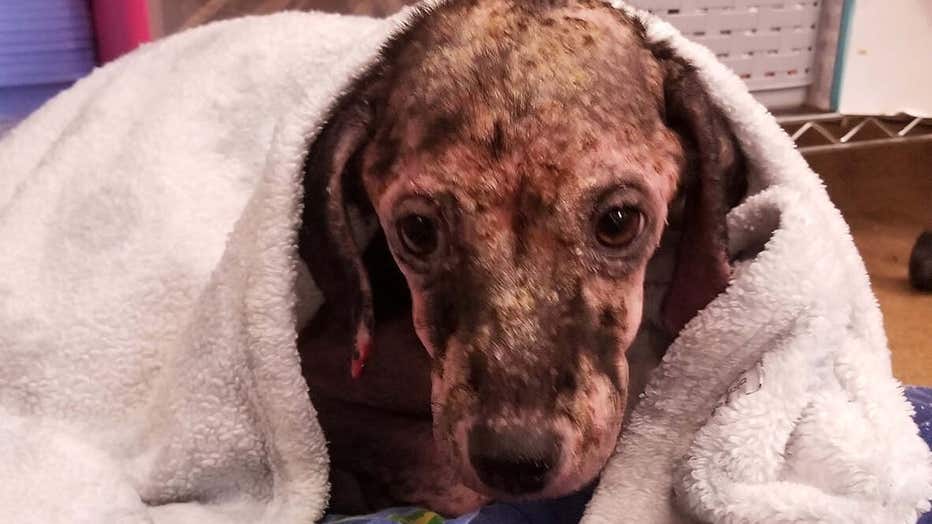 In an update on Wednesday, Liam survived the night at the veterinary hospital but is not wanting to eat due to the virus.

"His condition is considered very critical at this time and we do not know if he will survive, but we will not give up on him and are doing everything we can to help him get through this."

If you would like to send a donation, you can do it at www.kyhumane.org/donate.