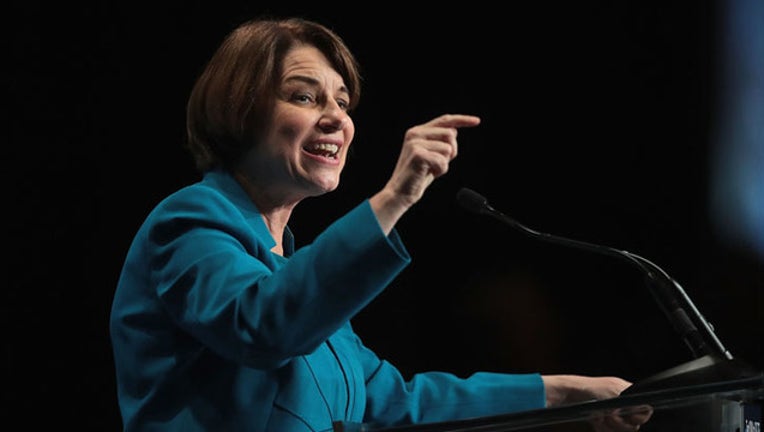 The Minnesota senator's comment to CNN Friday followed Trump's statement this week that he'd take information from a foreign power that offered dirt on an opponent.

Klobuchar says "it's illegal" to take something of value from a foreign country to use in a campaign. She says Trump is "sending out signals" like he did in 2016, when he publicly urged Russia to find and publish Hillary Clinton's emails.

Trump told Fox News on Friday that "of course" he'd go to the FBI or attorney general if offered dirt on an opponent.

Klobuchar says if the House prefers to conduct investigations before starting impeachment proceedings "they should be given the time to do that."