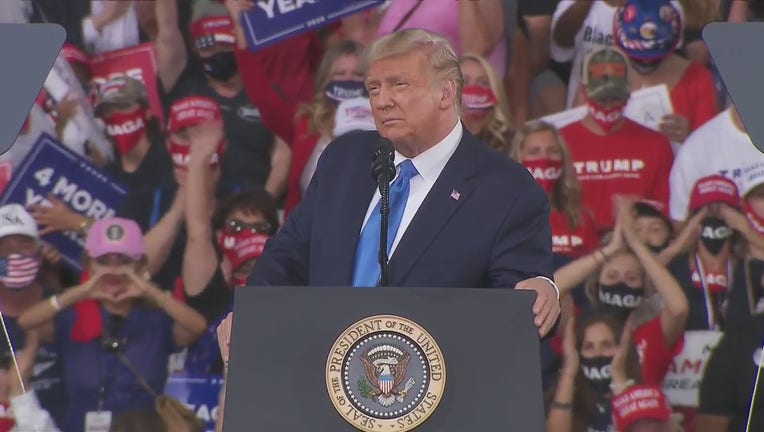 SANFORD, Fla. - Both the Republican and Democratic parties in Seminole County are preparing ahead of the president’s visit to Sanford on Friday.

President Donald Trump will visit the Sanford-Orlando International Airport for a campaign rally.

Linda Trocine, chair of the Seminole County Republican Party, said the rally has drawn a lot of enthusiasm from supporters.

“Our phones have been ringing off the hook -- at least double, if not triple the volume we had a week ago,” she said.

With the traditionally red county on the verge of turning blue, both groups are out in full force to rally supporters.

“The I-4 corridor is very important to how Florida votes, so we in Seminole are very much aware of the important role we play in supporting the president,” she said.

Nethers said they plan to hold a rally along I-4 as the president arrives into town.

“We want to show the president that Seminole County is not trump territory, it’s Biden territory,” she said.

Meantime, Trocine says the anticipation is building among supporters.

“He came here four years ago to the same venue. He had a great reception and he’ll have a fabulous reception Friday,” she said.