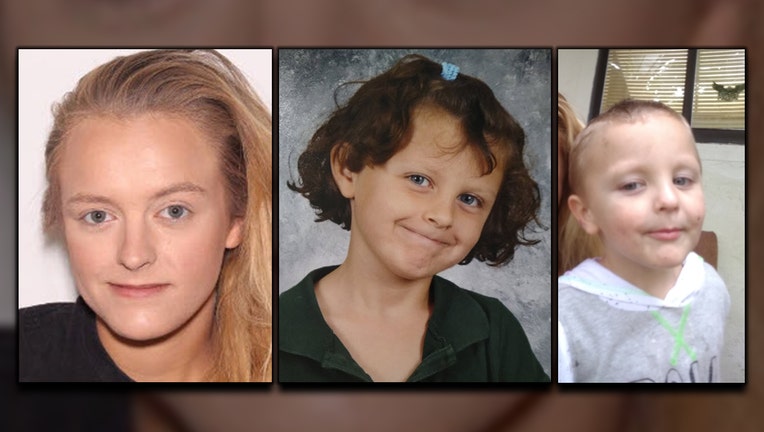 LAKELAND, Fla. - A Florida mother and her two children are missing and have not been seen since leaving to trick-or-treat on Halloween.

The Lakeland Police Department says that they are attempting to locate 23-year-old Stephanie Adkins and her two children, five-year-old Penelope Holley and three-year-old Kalib Holley. They were last seen on the evening of Halloween near Ariana Street.  Adkin's mother reported them missing.

They say that Adkins left that night on foot with a double stroller, as she said she was taking the children trick-or-treating. She was last seen wearing shorts and a blue shirt. One child was dressed as a mermaid and the other was in a camo outfit.

Adkins is described by police as five-feet, four-inches tall and weighs about 120 pounds. She has blue hair and blue eyes.

Police say that Adkins frequently leaves home without advising anyone. Detectives have been notified of possible sightings of the mother and kids in the Sebring and Avon Park area. Detectives want to make contact with her to ensure that everyone is safe.

Anyone with any information regarding on the whereabouts of Adkins and her two children are asked to contact Detective Ali at 863-834-8974 or by emailing charlene.ali@lakelandgov.net.