VENICE, Fla. - Additional resources from the FBI were brought in to help Florida authorities continue the search of Sarasota County swampland on Thursday to find the one person who may know what happened to Gabby Petito but the search wrapped up once again with "nothing found."

Federal, state and local officials have been searching for any sign of Brian Laundrie in the Carlton Reserve. He is the sole person of interest in Gabby’s death, which has been ruled a homicide. An arrest warrant was issued for him late Thursday on a charge of "use of unauthorized access devices."

Five days have now been spent in the preserve, and officers plan to return Friday.

Retired FBI agent Stuart Kaplan told FOX 13’s Kimberly Kuizon that, despite the apparent lack of results, the massive search is not a lost effort as investigators work to zero in on something of substance. At this point, that may not be Brian Laundrie himself, but it could be something just as important.

Gabby Petito case: How to submit a tip to the FBI

"I think it’s more that they believe or have some information and it’s probably, again, because there’s been digital footprints left behind, whether it’s GPS technology or cell phone technology, that has indicated his whereabouts in that location and they feel he tried to discard or hide or destroy evidence," Kaplan explained. "We leave our whereabouts to our apps, all of your apps that are open are tracking you right now. That technology is going to be very useful for law enforcement and that is why I do not believe that they are wasting their time searching."

The North Port Police Department, which has led the search operations so far, has not revealed why investigators believe a search of the area is important, other than to say that he’s still missing and this is where his parents said he last went. 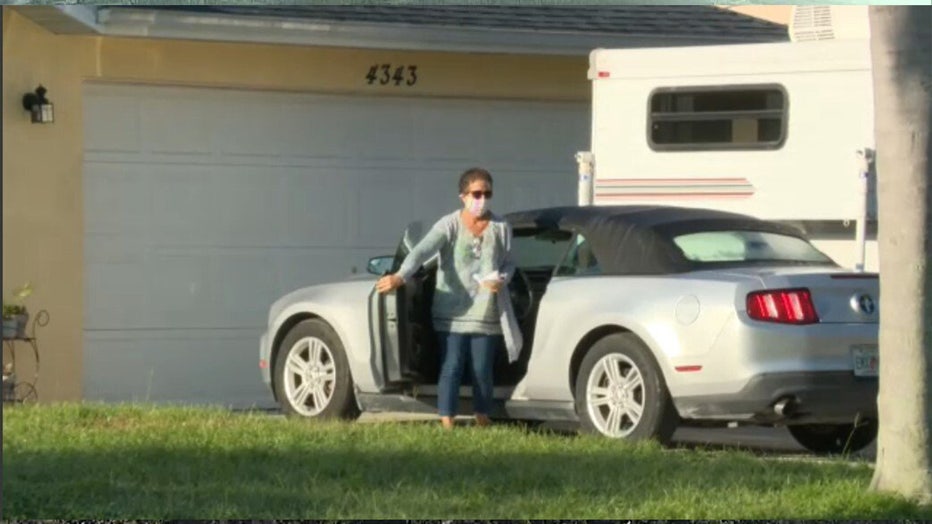 Brian Laundrie's parents brought back the silver Ford Mustang that was towed away by North Port police days ago. (FOX News)

Back at their home in North Port, Brian's parents returned Thursday morning with the Ford Mustang that authorities towed away for processing this week. Roberta Laundrie was seen exiting the Mustang and headed back into a truck driven by her husband, Chris, and left the property.

The search includes an array of resources: scent-sniffing dogs, swamp buggies, drones, ATVs, airboats and divers – who were requested before noon Wednesday.

Defense attorney Anthony Rickman lays out the case from multiple points of view.

Laundrie’s parents reported him missing last Friday, telling police he’d driven to the Carlton Reserve three days before and hadn’t come back. They also told police they’d later found his Mustang there and decided to bring it back home.

Meanwhile, Laundrie’s neighbors are sharing details about behavior they found strange in the days after Brian returned home from Wyoming, before Gabby was reported missing.

Neighbors tell FOX the Laundries appeared to take a weekend camping trip with their son in the family’s new camper – days later Gabby’s family would report her missing and after calls and texts to Brian and his parents continued to go unanswered.

William and Charlene Guthrie told to Fox News they noticed the Laundries had gotten a new camper attachment for their pickup truck and were loading it up, presumably for a trip about a week into September.

An autopsy on Tuesday ruled Gabby’s death a homicide, but the official report, which has yet to be publicly released, will shed more light on the exact cause of death.

On Tuesday, a coroner confirmed that a body found Sunday in Wyoming was indeed Gabby. They said the manner of death was homicide. Investigators believe Brian – Gabby's fiancé – is the last person to see her alive.

Video captured by a vacationing Tampa family accidentally caught what appeared to be the couple's van parked at the Spread Creek Dispersed Camping Area in the forest; Gabby's body was later found nearby.

The Bethunes, who live in the Tampa area, say they spotted what is believed to be Gabby Petito's camper on August 27. On Sunday, they submitted their video to the FBI -- which also happens to be the birthday of their son, Ethan, who died in 2011. ‘He would’ve turned 17, and I fully believe that Ethan had a hand in bringing Gabby home for sure.’

Her body was found nearly three weeks after Brian returned home to North Port with the camper van – without Gabby. Brian was later named a person of interest in her disappearance. The remains were discovered Sunday in the Bridger-Teton National Forest after a national search for the 22-year-old.

As for a digital trail of evidence, North Port Police Chief Todd Garrison said last week they didn't have Gabby's phone and were still looking for it. As of Wednesday, it does not appear police have Brian’s phone. It could have been one of the items he took with him when his parents said he left.

Who is Brian Laundrie?

Brian Laundrie is known for being an outdoor enthusiast and often appeared in social media posts with Gabby Petito, but few details about his life have been made public. Now, a warrant has been issued for his arrest and law enforcement continues searching for him.

The FBI and other local law enforcement began the search in the national forest Saturday, September 18. Gabby had visited the area on August 27; her family reported her missing on September 11 after her fiancé, Brian, returned home to North Port, Florida with the van, but without Gabby, following a domestic altercation in Moab, Utah.

After the missing person's report was filed on September 11, police in North Port and elsewhere began looking for her, but they did not have any help narrowing down the search from the Laundrie family.

The Laundries left their home for the first significant amount of time since reporting their son missing last Friday. They were followed by a police escort, but police would not say where the couple went.

Investigators said Brian hasn’t been seen since September 14, according to his parents, who said they believed he was at the park. Officials turned their attention to the Carlton Reserve over the weekend. The preserve is closed until further notice, according to the non-profit, Friends of Carlton Reserve.

Now, over the weekend, investigators scoured the reserve but search efforts were focused on the North Port end. They paused their search Monday – the day the FBI served a search warrant at Brian’s parents’ home in North Port – resuming Tuesday, this time in Venice, on the other side of the reserve.

Tuesday, investigators were out in full force once again, utilizing drones, swamp buggies and dogs to try and pick up a trail on Brian.

Rain over the past few days hasn’t made investigators’ job of looking for Brian any easier. The Carlton Reserve is a large area – more than 25,000 acres of heavily wooded and swampy land. A plethora of wildlife that call it home, including gators and snakes.

Brian Laundrie search: What led police to the Carlton Reserve?

FOX 13's Kimberly Kuizon has been following the Gabby Petito case since the 22-year-old was reported missing. She's got the latest on the search for Brian Laundrie, including the most commonly asked questions.

At this point, it’s unclear as to what Brian’s parents have told investigators about his whereabouts or why the search has shifted to the Venice side of the reserve. Many believe Brian is using Florida's expansive wooded areas to his advantage to evade authorities. 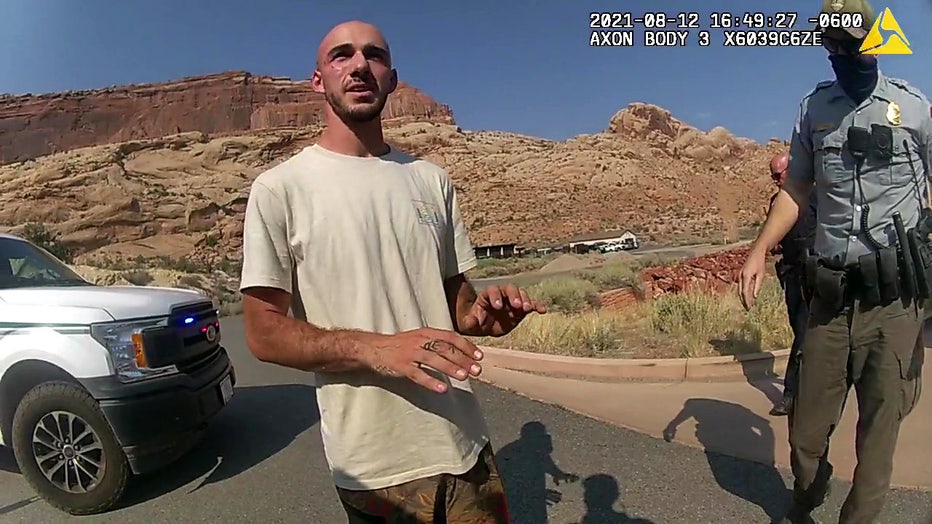 Now armed with an arrest warrant, investigators are asking the public for help in locating Brian Laundrie. They say he is a white male, 5-foot-8 and weighing 160 pounds. He has brown eyes, very short brown hair, trimmed facial hair, and was last seen wearing a hiking bag with a waist strap.