DAYTONA BEACH, Fla. (FOX 35 ORLANDO) - Daytona Beach Police continue to search for a man who is accused of running over and killing a toddler.  Police are asking for help from the public to learn the whereabouts of Earnest Ponder, 29.

Meanwhile, a memorial is growing, where family members and friends lit candles on Friday to mourn the loss of 22-month-old Ar’myis.  The child's mother, Arelette Ford, was too distraught to talk in detail about the incident.  Police say the chlid was run over in the parking lot where he lived. Complex manager Jerry Sizemore says he had his door open, when it all happened.

"We was all yelling at him to get him to stop, but he had the windows up, music up, and we couldn’t hear him," Sizemore said.

He says the tot was being supervised, when a green Chrysler ran over him in the complex.

"His mom was beating on the side of the car to tell him to stop, but he didn’t do it. He scaled back to see what happened and ran. Ran out the gate here and ran down Charles Street," Sizemore added.

Ford says Ponder is a friend, and she wonders why he left.

Sizemore said, "He comes and goes. Everybody loved the guy. The guy is a good guy. He had a good character. He was a liked guy around here."

Friends of the family don’t understand why he left.

"We’re not gonna stop, we’re not gonna let up until he’s in custody. We’re gonna do whatever it takes to get him off the streets."

Ponder has a history of drug-related felonies, according to Capri; however, he was not wanted on any drug charges. At worst, Capri said Ponder would have faced charges for driving with a suspended license.  Now, because he left the scene of the crash, he faces much more serious charges.

“There’s being afraid, I get that, but there’s more to this. Why would you run from the scene, if you didn’t have something to hide?” Capri asked.

The family started a Go Fund Me account to help pay for funeral expenses. They say this little toddler, known as Peanut, will be missed.

Sizemore has a message for Ponder.

"Turn himself in, face reality!" 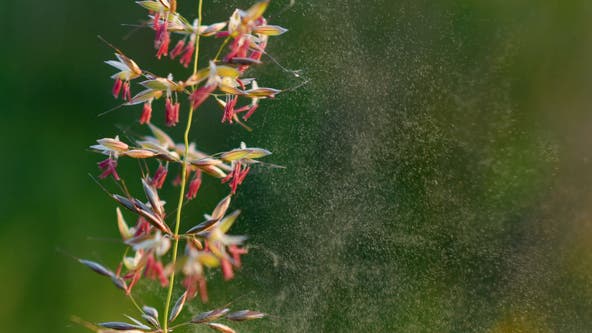