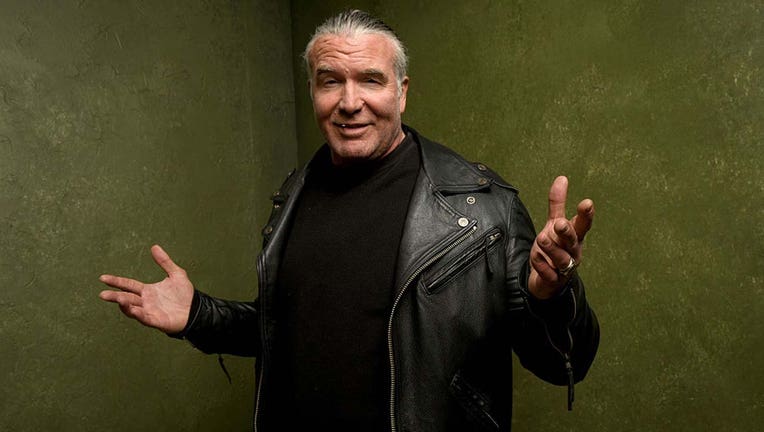 FILE - Wrestler Scott Hall from "The Resurrection of Jake The Snake Roberts" poses for a portrait at the Village at the Lift Presented by McDonald's McCafe during the 2015 Sundance Film Festival on Jan. 23, 2015 in Park City, Utah.

Scott Hall, World Wrestling Entertainment (WWE) Hall of Famer and co-founder of New World Order (nWo), has died after being taken off life support Monday, according to WWE.

Kevin Nash, Hall’s friend and fellow founder of nWo, made the announcement that Hall’s family had decided to let him go on Instagram Sunday night.

"Scott's on life support. Once his family is in place they will discontinue life support. I'm going to lose the one person on this planet I've spent more of my life with than anyone else. My heart is broken and I'm so very [censored] sad. I love Scott with all my heart but now I have to prepare my life without him in the present. I've been blessed to have a friend that took me at face value and I him," Nash wrote in his Instagram post, in part.

"As we prepare for life without him just remember there goes a great guy you ain't going to see another one like him again," Nash wrote.

Hall made his rise to wrestling stardom after signing on with WWE in 1992. There, he expanded upon a character he previously created named Diamond Studd and rebranded himself as "The Bad Guy" Razor Ramon, which he based off Cuban gangsters he’d seen on television, according to Hall’s biography on IMDB.

In 1996, Hall, along with Nash and Hulk Hogan, joined World Championship Wrestling (WCW), a competitor of WWE, where he won several championships and reinstated nWo, according to IMDB.

Hall left WCW to rejoin WWE in 2001 but his alcohol consumption and unruly behavior on set caused his time at WWE to be cut short.

Hall eventually was able to overcome his substance abuse and was inducted into the WWE Hall of Fame in 2014 and again in 2020 as part of nWo, according to USA Today.