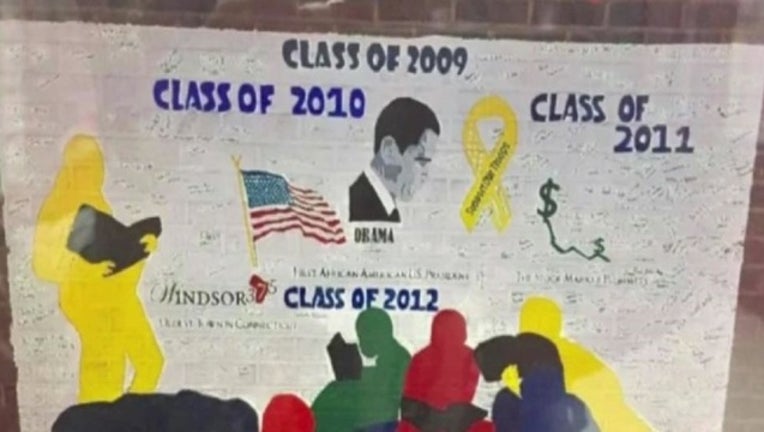 WINDSOR, Conn. (AP) - A Connecticut school superintendent has apologized to parents who are upset after a mural that featured a silhouette of President Barack Obama was removed from an elementary school on Election Day.

Windsor Public Schools Superintendent Craig Cooke said Tuesday the mural at Oliver Ellsworth School was painted over to make way for something that would showcase student work.

He says it was done Nov. 8, when the school was closed, so students and staff wouldn't inhale harmful odors in the paint.

The 2009 mural featured student signatures and other historical events of that time.

Cooke says the timing for replacing the mural "couldn't have been worse" and apologized for the "mistake."

Cooke told parents at a meeting Tuesday that district officials will work to replace the mural.