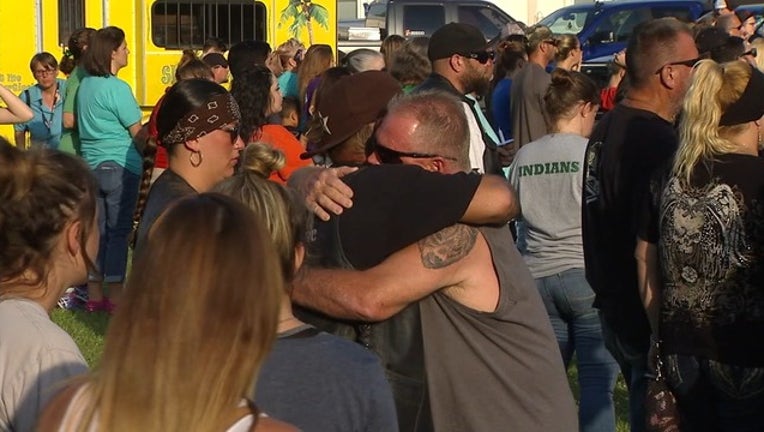 The Galveston County sheriff said administrators and officers at Santa Fe High School did all they could to stop a teenage gunman.

An armed school resource officer was shot just minutes after the first 911 call. Everyone on campus received active shooter training. The school even won a statewide award for its safety program.

But over the course of 30 minutes, the shooter killed 10 people and injured 10 others.

“The heroes engaged this individual in approximately four minutes and stayed engaged with him, keeping him contained and engaged so that other heroes who continued to arrive could evacuate the teachers, administrators and the students from the school. And it continued until that subject was placed into custody,” Sheriff Henry Trochesset said.

So what else can be done to protect students? There is pressure on Texas Gov. Greg Abbott to call a special session of the legislature to address school safety in the wake of the shooting.

Abbott is promising a series of talks with parents, students, law enforcement officers and others. That starts Tuesday. But there are both Republicans and Democrats in the legislature who say talk will do little. They argue only new laws can fix the problem.

“It would be everything from school design to metal detectors to background checks and making sure people lock up their guns away from their ammo. This kid should never have been able to get his father’s shotgun and being underage,” said Texas Rep. Rafael Anchia. “We should have a special session on it. We can’t wait until another tragedy occurs.”

Tuesday’s first roundtable discussion hosted by the governor is with school districts that arm teachers and those that have armed police on campus as Santa Fe High School did.