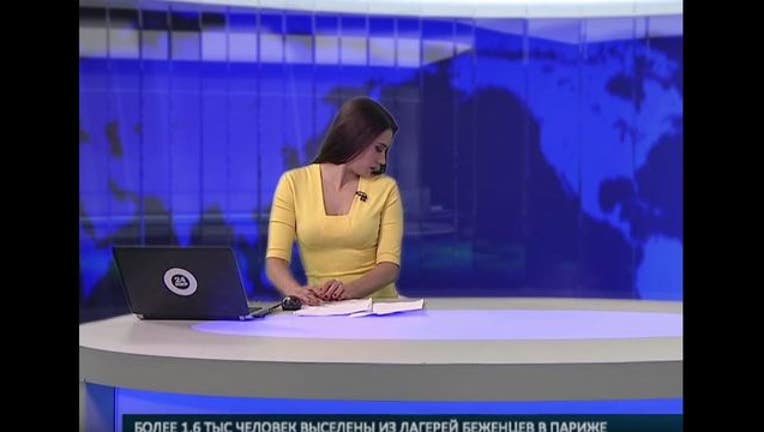 
In Russia, a dog literally took over the newscast and now it's going viral with over 7.6 million views on Youtube.

The black Labrador seen in the video kept barking trying to distract the news anchor!

She told the audience in Russian, 'I've got a dog here... What is this dog doing in the studio?'

The Labrador then climbed up on the desk.

She gave him a quick pat before admitting she prefers cats.