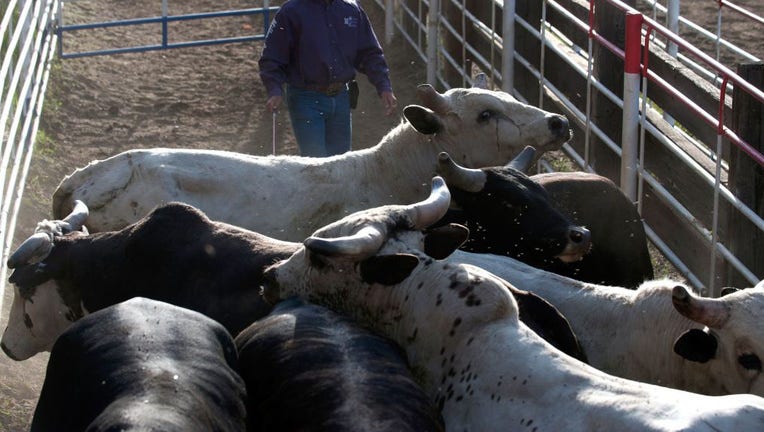 JERUSALEM - A terrifying scene occurred when a runaway bull managed to get inside an Israeli bank causing fear for several men who encountered the large animal.

One video shared on Twitter captured the incident Monday morning in Lod, Israel, near Tel Aviv. The bull stands in the hallway as one man holds what appeared to be an orange cone in his hand to prevent the animal from entering.

Moments later, the man runs away in fear as the bull charges at him. Several men seen hiding behind a wall at the opposite end of the hallway let the man in by lifting a rope.

The bull stops for a moment looking around before running to another part of the office building. The men attempted to use a makeshift lasso to catch the bull.

After the bull was chased out of the bank offices, it was tranquilized by city veterinary employees and taken from the area.

Amateur videos showed residents scurrying for safety as the bull roamed the streets. Several cars appear to have been damaged, and the bull nearly gored one man who got too close.

Bank Leumi said the bull entered its offices in an industrial zone. The bank added in a statement that no one was injured and no damage was caused in the incident.