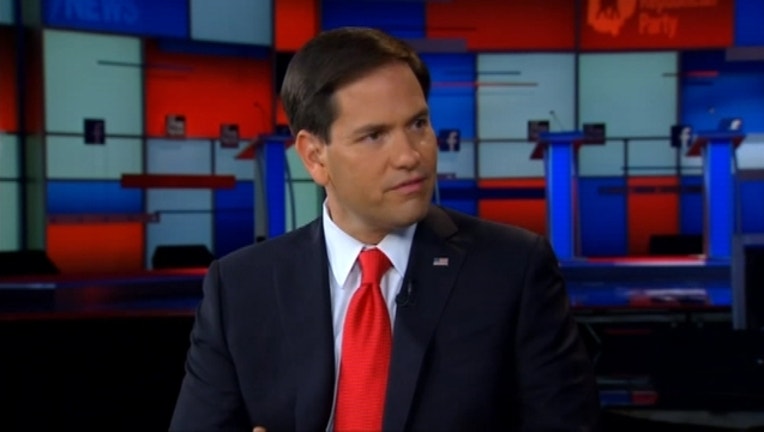 WASHINGTON (AP) - Republican presidential candidate Marco Rubio railed against the year-end budget and tax package, suggested he might slow down its inevitable passage and then skipped the vote Friday.

The Florida senator was the only White House hopeful in the Senate to stay on the campaign trail and miss the vote. Republican rivals Sens. Ted Cruz of Texas and Rand Paul of Kentucky showed up to vote against the legislation, while Sen. Lindsey Graham of South Carolina backed the bill. Independent Bernie Sanders of Vermont, a candidate for the Democratic nomination, also voted against the bill.

Rubio spokesman Alex Conant said in a statement that the senator was campaigning in Iowa.

"Marco has consistently voted against those sorts of bills, but the truth is that it's not going to change until we elect a new president," Conant said. "That's why Marco is meeting voters in Iowa today."

The package, which combines $1.14 trillion in new spending in 2016 and $680 billion in tax cuts over the coming decade, passed overwhelmingly in both the House and Senate. President Obama signed the legislation, which provides more money for defense and domestic programs and tightens the visa program after the attacks in Paris in California.

Rubio said he strongly opposes the bill "because it keeps spending money that we don't have, grows our debt and concedes far too many of President Obama's and liberal Democrats' big government spending priorities."

He had suggested in a Fox News interview Thursday that Republicans should "use procedures to force the slowdown and changes." The Republican leadership informed senators Wednesday night and again Thursday that Senate Majority Leader Mitch McConnell, R-Ky., was setting a time for the vote, but Rubio did not act.

His fellow presidential candidates have tried to make an issue of Rubio's missed votes. As of late October he had missed almost a third of votes this year, and he has only showed up to vote on a handful of days since then. He has not voted since Dec. 3, when the Senate passed a wide-ranging transportation bill and took a series of budget votes.

But Rubio has appeared confident in his decision. In an October debate, he cited missed votes by previous presidential candidates when Florida Gov. Jeb Bush tried to criticized him, suggesting he should resign and comparing his schedule to a "French work week."