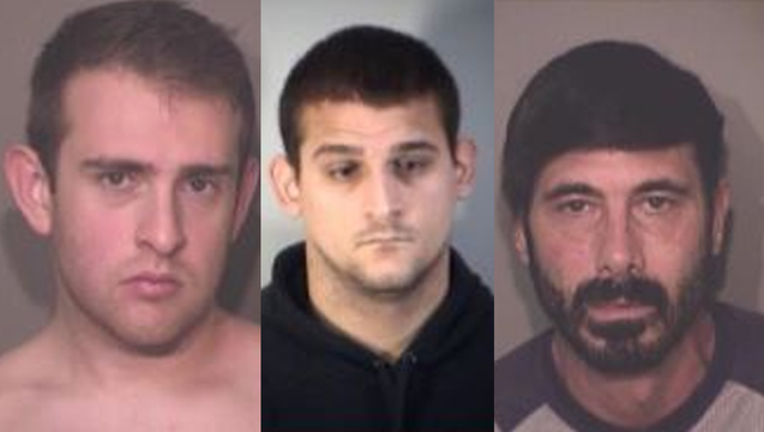 KISSIMMEE, Fla. (FOx 3 - Three armed robbery victims have been arrested for an incident from earlier this month.

The Osceola County Sheriff's Office says that on December 5th, at approximately 6:55 p.m., deputies responded to the Sevilla Plaza on W. Irlo Bronson Highway in reference to an armed robbery.

Deputies say they made contact with the victim, who said he thought he was going to meet up with a female he met on a mobile dating app. When the victim exited the store, three males posing as law enforcement approached him. One reportedly pulled out a handgun and told him that he was under arrest.

Deputies continued to detail the incident, saying that the victim then escorted the three men to his hotel room nearby, where they demanded money from him. The suspects then fled the scene in an unknown dark colored vehicle.

It was not until December 12th that the Sheriff's Office reported that they located and arrested Kenneth Waldrop, Adam Zsiga and Terry Brown for their role in the armed robbery from earlier that month. All three suspects have been charged with armed robbery with a firearm, aggravated assault with a firearm, kidnapping, grand theft and Impersonating a LEO.

Detectives said that the victim was specifically targeted by the suspects.