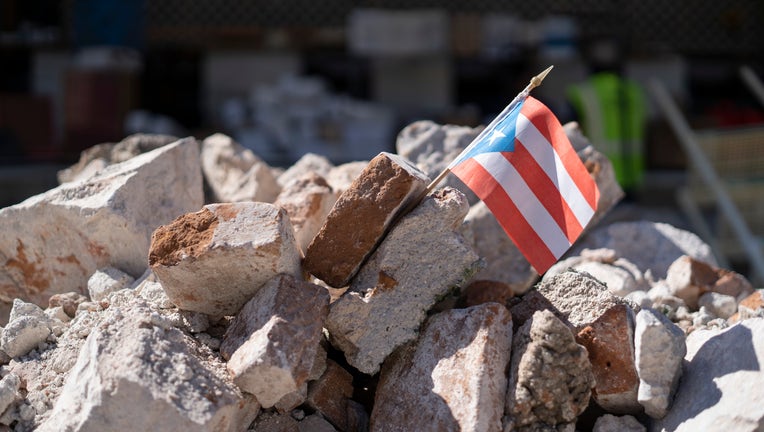 A Puerto Rican flag sits in a pile of rubble after a 6.4 earthquake hit just south of the island on January 7, 2020 in Guánica, Puerto Rico. (Eric Rojas / Getty Images)

Orlando, FL(FOX 35 Orlando) - As residents in Puerto Rico try to recover from the earthquakes, in Central Florida, people are collecting donations.

The executive director of Latino Leadership says they are gathering tents and other supplies to send to victims in Puerto Rico. Many have been sleeping without any cover, after their homes were destroyed.

Marucci Guzman says, they have a member who will transport the supplies in his private plane, so earthquake victims get the help they need.

"It’s terrible we saw it after Hurricane Maria. A lot of homes still had blue tarps two years later. (splice) 12:34:54 And now they’ve lost everything again."

Supplies can be dropped off at the Orange County Sheriff's Office at 2500 W.Colonial Drive, as well as the following locations: