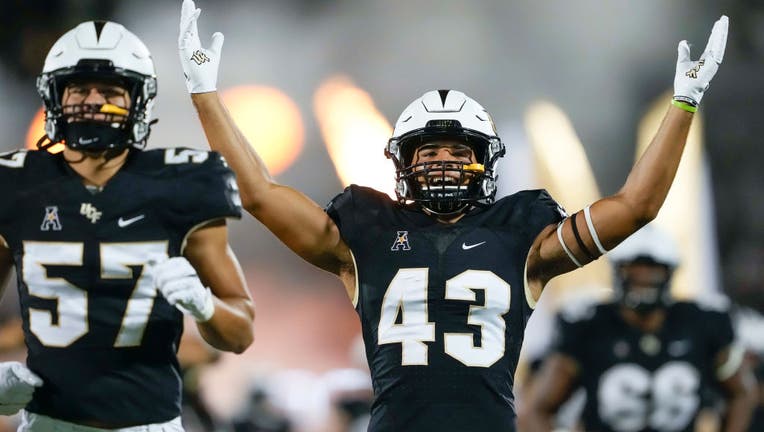 ORLANDO, FL - SEPTEMBER 02:UCF Knights defensive back Zach Rodriguez (43) leads the team on the field during the football game between the UCF Knights and Boise State Broncos on September 2, 2021 at Bright House Networks Stadium in Orlando, FL. (Phot

ORLANDO, Fla. - There are reports that the University of Central Florida (UCF) has officially submitted its application to join the Big 12.

UCFSports.com is reporting that the university has officially submitted its application to join the Big 12 conference.

Reports last week speculated that the UCF Knights would be joining three other schools: BYU, Cincinnati, and Houston. Local outlets in those cities confirmed that Houston and Cincinnati already applied too.

This means a lot more national exposure for the team and a lot more money too. However, the school will have to pay an exit penalty fee to its current conference, the AAC.

A move to the Big 12 could also translate to more money and exposure to individual players, who just started being able to profit off their images. It could also make UCF more attractive for recruits.