A fraternity at the University of Central Florida is under investigation after allegations of hazing and forcing a pledge to try cocaine.

ORLANDO, Fla. - There are new allegations of hazing at one University of Central Florida fraternity, as four other fraternities and sororities remain on disciplinary and interim suspensions at the school.

According to an incident report filed against Sigma Chi on October 26, “a pledge was blindfolded and made to do cocaine in order to become initiated into the frat. He had been forced to stay at the frat house from October 21 to 27.  He was initiated shortly after taking the drug.”

"I think it’s just kind of pretty messed up. I’m honestly not surprised to hear that it happened," said UCF sophomore Pinak Raodeo.

"It’s crazy. I don’t think anybody should be forced to anything they don’t want to do no matter what the situation," said UCF freshman Diego Nunez.

The allegation is currently being investigated.  A UCF spokesperson confirms the fraternity is already on disciplinary suspension for allegations that members “falsely represented their organization as the UCF Finance Club” in May 2019. 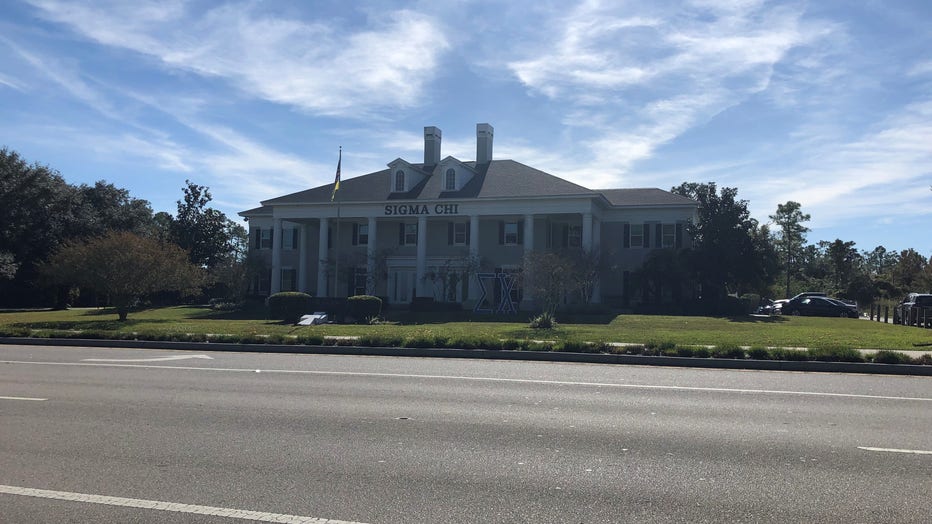 "Sigma Chi has not yet received a full report of the incident from the university. We take such accusations very seriously and will work closely with the university through the student conduct process. Sigma Chi is an organization built on values of leadership and character. We look forward to bringing this matter to a conclusion."

Sigma Chi is one of five different fraternities and sororities on campus that is in some form of suspension right now.  Delta Upsilon was suspended last month for hazing, accused of forcing students to consume alcohol.  Alpha Delta Pi was suspended for alcohol-related misconduct and other violations.  The university is also investigating Pi Beta Phi and Kappa Sigma for hazing.

"I hear stories here and there, but I try and keep myself away from that," Nunez said.

"I feel like it’s not a very healthy culture. I discourage my younger friends from rushing too because of that," Raodeo said.

"At UCF, our top priority is the safety and wellbeing of our students. Student organizations that endanger their members and violate the university’s code of conduct must be held accountable.

"Hazing in any form is unacceptable. We are thankful to the chapter members and others who had the courage to speak up so the university could investigate.

"UCF plans to bring chapter leaders together to discuss new ways to reinforce their commitment to Greek values. University leaders also are planning more frequent training to develop and strengthen up-and-coming chapter leaders who will step in when experienced chapter presidents and board members graduate.

"UCF offers resources to prevent hazing, including bystander intervention training; an anti-hazing webpage and online tutorials; and required workshops for freshmen, transfer students and leaders of Greek-letter fraternities and sororities."

The email went on to say how people can report hazing on campus:

Alpha Delta Pi is also suspended for reasons not related to hazing.  There are 46 fraternities and sororities on the UCF campus.