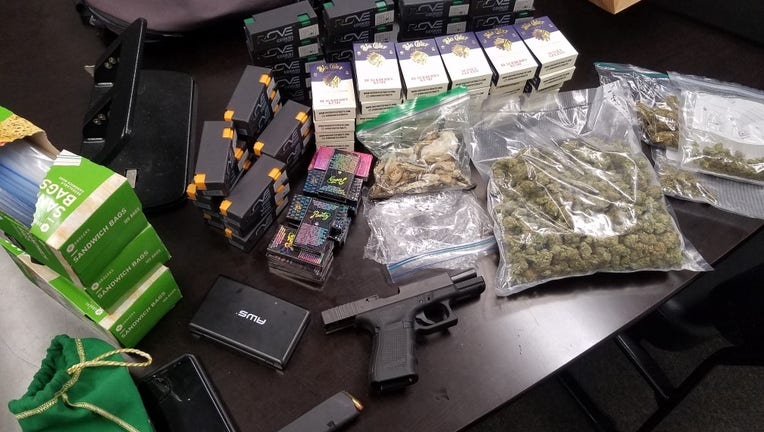 GROVELAND, Fla. - The Groveland Police Department says they made a huge narcotics bust during a traffic stop that included marijuana, acid, and hallucinogenic mushrooms.

The department says on Nov. 14 around 9:00 p.m., officers conducted a traffic stop in the area of State Road 50 and Montevista Road.

"Groveland Officers made contact with the occupants of the vehicle and upon doing so detected a strong odor consistent with marijuana emanating from within the vehicle."

The owner of the vehicle, identified by police as Anthlone Washington Wade, allowed the officers to search the vehicle. Upon searching, they say they discovered the following:

“Guns and drugs are a bad combination,” said Chief Shawn Ramsey of the Groveland Police Department.  “The “City of Natural Charm” is now, and always will be, off limits to those persons passing through with such criminal intentions.  I credit the hard work of the men and women of the Groveland Police Department for their continued efforts towards maintaining our exceptional quality of life here within the City of Groveland.”