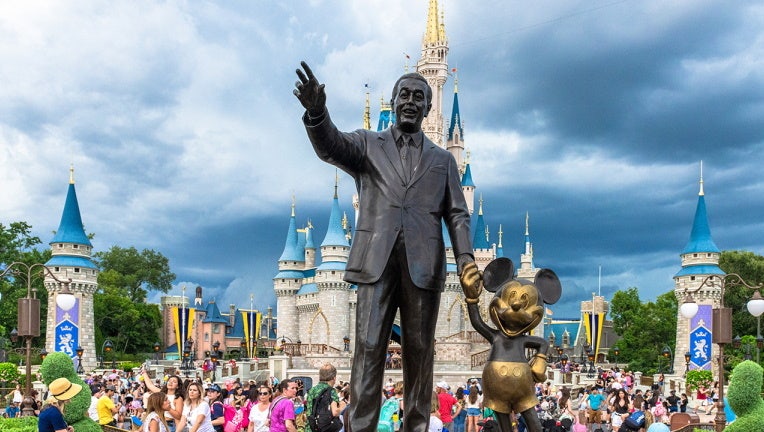 ORLANDO, Fla. - If Disneyland can do it, so can Disney World.

It was recently reported that Disneyland in California will serve as a "super Point-of-Dispensing" site for COVID-19 vaccines. Now, some officials in Florida are reportedly looking at Disney World in Orlando for similar uses.

The Orlando Sentinel reports that 'the most magical place on Earth' is talking with the state and "offering to help the vaccine efforts in any way it can."

Disney World reportedly has a high number of refrigerators on site, which is important in keeping the vaccine properly stored.

"We have no ultracold freezer storage problems here in the state. There are plenty of hospitals with them. County health departments have them. Some universities have them. Disney World has one," said state emergency director Jared Moskowitz during a virtual town hall last week.

Fox News previously reported that Disneyland Resort in Anaheim will serve as Orange County’s first "super Point-of-Dispensing" (POD) site for COVID-19 vaccinations, launching operations later this week, according to an announcement made on Monday.

Disneyland and four other regional sites will soon administer thousands of vaccines each day to residents most vulnerable to poor outcomes from the disease. Officials will announce the other sites as agreements wrap up.