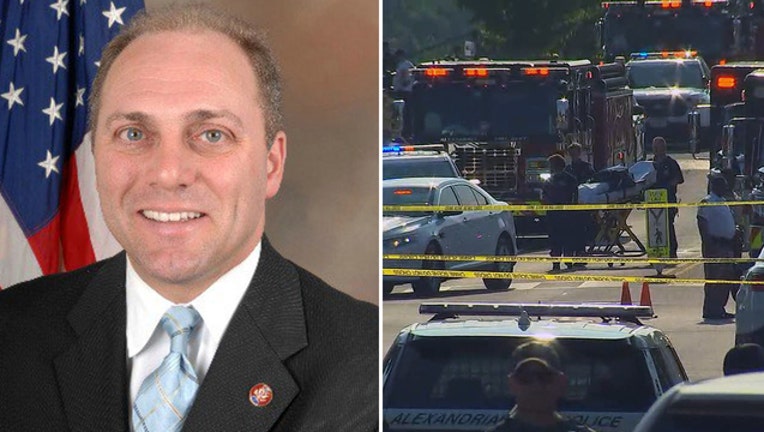 House Majority Whip Steve Scalise of Louisiana was shot during a congressional baseball practice in Alexandria, Virginia, on Wednesday, June 14, 2017.

WASHINGTON - House Majority Whip Steve Scalise has been moved out of the intensive care unit, according to MedStar Washington Hospital Center.

While Scalise has been moved from the ICU, the hospital stated he was still listed in fair condition.

Hodgkinson was shot and killed during the incident. The FBI said its investigation had determined Hodgkinson acted alone and terrorism was not involved in the shooting.