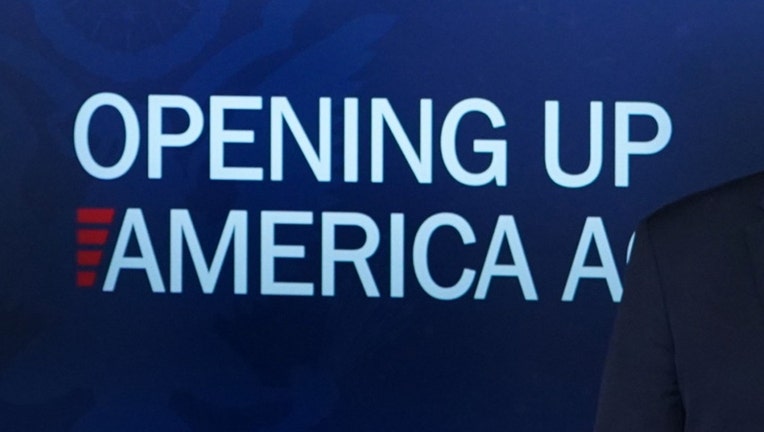 Although the world is still being ravaged by the coronavirus pandemic, upending every facet of life and the economy, President Trump outlined a plan last week to start to "open America," with some states champing at the bit.

However, a new study from Harvard University says the country is nowhere near ready to reopen.

"What we need to do is much bigger than most people realize," the authors wrote in the study. "We need to massively scale-up testing, contact tracing, isolation, and quarantine—together with providing the resources to make these possible for all individuals."

The authors added that at least 5 million tests per day need to be delivered by early June "to deliver a safe social reopening," jumping to 20 million a day "to fully remobilize the economy" by late July. However, the authors acknowledged that even 20 million tests a day "may not be high enough to protect public health."

The U.S. is at present conducting 150,000 tests a day, according to comments made earlier this week by Vice President Mike Pence. To date, more than 4.2 million tests have been administered in the country.

“We believe the testing that we have today ... across the country, once we activate all of the labs that can do coronavirus testing, is sufficient for any state in America to move into Phase One,” Pence said.

The vice president added that "roughly 300,000" tests per day, coupled with monitoring vulnerable populations, will be effective.

The authors of the Harvard study note that if the U.S. were to rely on social distancing until a vaccine is available, "the economy will be shut down on and off for 12 to 18 months, costing trillions of dollars."

Instead, the authors suggest restarting the economy by August via investments in public health infrastructure, heavily involving testing, tracing and warning and supported isolation --collectively known as TTSI. This effort, they say, could cost between $50 and $300 billion over two years.

The guidelines for the " 'Opening Up America Again'" plan set out recommendations for three phases of reopening, as well as criteria for states to meet before even beginning with Phase One. The plan is based on the severity of the coronavirus outbreak in each individual state or region.

The plan, which Trump announced along with the formation of a bipartisan council of lawmakers from both chambers of Congress, outlines “recommendations” for governors to develop their own plans to reopen. It also includes criteria that must be met in terms of numbers of infections and hospitalizations before they can open up.

“Phase One” is for areas of the country who solely satisfy the criteria laid out by the White House and calls for social distancing to remain in place, avoiding gatherings of more than 10 people, and avoiding any unnecessary travel.

“Phase Two,” which is for regions that have met the criteria twice and have not seen “a rebound” in infections, still calls for residents to practice social distancing and try to avoid large gatherings, but opens up the possibility of resuming non-essential travel.

The third phase, which is for areas who have met the criteria three times and have no rebounds of the virus, is the most open and allows vulnerable parts of the population to go back in public, opening up gyms and bars, resuming full-time staffing at worksites and letting people head back to large venues like restaurants, movie theaters, churches and sports venues – albeit at a reduced capacity.

The “Opening Up America Again” plan was signed off by the president’s medical advisers, Dr. Deborah Birx, Dr. Anthony Fauci and Dr. Robert Redfield, and will be a “data-driven” approach with governors taking the helm in deciding, down to a county-level, how they will reopen their states, the White House said.

As of Thursday morning, more than 2.6 million coronavirus cases have been diagnosed worldwide, more than 842,000 of which are in the U.S., the most impacted country on the planet.