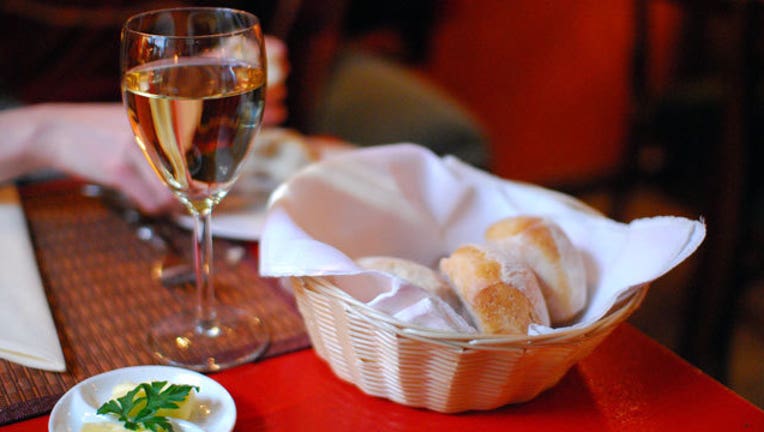 TALLAHASSEE, Fla. - Gov. Ron DeSantis’ push to get the state’s economy up and running from the crush of the coronavirus might require gradual steps.

Incoming Senate President Wilton Simpson, a Trilby Republican and member of the executive committee of DeSantis’ Re-Open Florida Task Force, said Tuesday that reopening might need a phased approach, particularly in the hospitality industry. That could involve issues such as spacing and wearing personal protective equipment to prevent people from spreading the virus.

“I think the key to these things are not to hit the gas pedal, to try and go 100 miles an hour out of the gate, but to gradually ramp up,” said Simpson, who is slated to become Senate president in November. “Even if you say, ‘OK, the first two weeks you can be at 25 percent capacity and two weeks later if testing proves that we are OK, we'll maybe go up to 40 percent or 50 percent.’ But I think you're going to be many months before you could be back up to --- you know we have to have better therapeutic medicines and things --- before you could probably be back at 100 percent.”

“I think with the take-out model, in addition to that 35  to 40 percent, whatever that number turns out to be that will allow them to get back up and going, that will also allow that supply chain to mature at a slow pace so that we can be diligent as we allow it to ramp up,” said Simpson, who owns an egg farm.

While the numbers of cases and deaths in Florida continue to grow from COVID-19, the deadly respiratory disease caused by the coronavirus, DeSantis told reporters Tuesday afternoon at the Old Capitol the state has been able to “flatten the curve” and that dire media predictions haven’t occurred.

“I think it's important to just tell people we're going to be OK,” DeSantis said. “We're not out of the woods. This is something we're going to have to deal with. But if you look at where we are today versus where we were six weeks ago, a lot of the predictions that were made time and time again, I would say that nobody predicted that we would be in the spot that we are right now. So that’s a good thing. It doesn't mean the work's done, But I think that we're on the right track. And I think it's because Floridians have really pulled together.”

Earlier in the day, DeSantis said he anticipates many businesses that are currently considered “non-essential” will be able to reopen as risks of the virus are reduced and if consumers gain confidence about safety.

“If people can fight over toilet paper at Costco, I got to think there's a way that you can run a restaurant safely,” DeSantis said. “If people are going to line up to go to the grocery store, then I gotta think there's ways that you would be able to do some of the other things that we would do.”

Miami-Dade County Mayor Carlos Gimenez on Tuesday suggested the possibility of allowing more outdoor seating for restaurants, which could count toward their overall space in meeting reduced occupancy standards. He also stressed the need for medical guidance.

A separate task force will be set up in South Florida that will include a mixture of industry leaders and health care officials to set standards for restaurants to open, Gimenez said.

During a Tuesday morning meeting, members of the task force’s Industry Working Group pointed to a need in opening businesses to maintain recommendations about physical distancing, limits on how many customers could be inside businesses at a time and providing sick days for workers.

“Typically, in our business there's no hourly employees, there's no paid sick leave,” said Jose Cil, CEO of Restaurant Brands International, which owns Burger King, Tim Hortons and Popeyes restaurants. “But given the importance of folks taking this seriously and not scrambling to go to work, even if they're feeling ill, we made a policy very early on that that anyone who exhibits kind of like the symptoms of COVID-19, the manager and or medical professional suggesting that they go home to get better.”

However, Young said the state hasn’t “fully experienced the impact of the economic downturn on travel,” even with hotel revenue in Florida down more than $1.6 billion from March 1 to April 11, compared to the same period a year earlier. People flying into Florida are down more than 65 percent, with international flights off nearly 80 percent.

Still, Young said people are visiting the “inspirational vacation planning content” on the company’s website at levels prior to the COVID-19 shutdown.

“This tells us that people want to know if it is safe to travel to Florida, because the desire to visit our states still exists,” Young said.