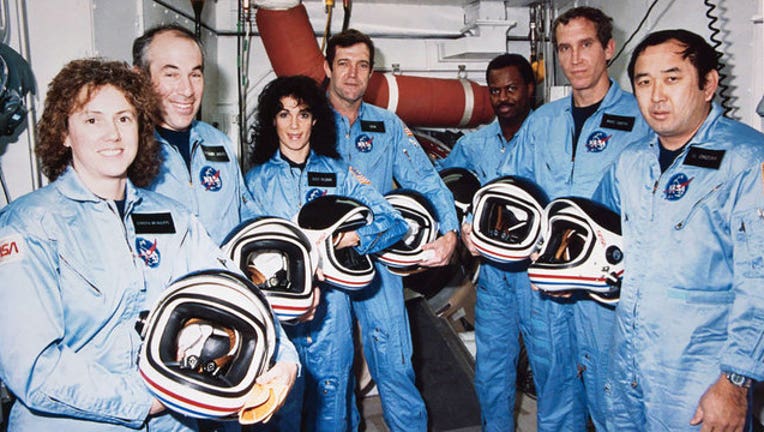 FOX NEWS - It was 33 years ago this coming Monday that NASA’s space shuttle Challenger, carrying Christa McAuliffe, the nation’s first teacher-turned-astronaut, along with six other crew members, exploded just 73 seconds after liftoff.

But until now, nobody’s ever talked about a special prayer that was offered inside McAuliffe’s public school – a prayer that helped provide ballast to a bewildered and grieving faculty.

Against the backdrop of a brilliant blue sky on an unseasonably cold and icy Florida morning, the 25th shuttle mission had already endured three delays before finally launching at 11:38 A.M. on January 28, 1986. With millions of teachers and schoolchildren watching in classrooms all across America, the aircraft disintegrated into a spectacular high altitude ball of fire and smoke.

Chosen from over 11,000 applicants, McAuliffe wasn’t selected because she was the brightest (she was ranked 75th out of 181 students in her high school graduating class) or the brawniest (she was 5’5” and 130 pounds). Instead, NASA officials cited the recommendation of a former teacher, who declared that the Massachusetts native was “tops in emotional stability and seriousness of purpose.”

Dennis McAfee was one of Christa’s colleagues at New Hampshire’s Concord High School.  A gifted auto mechanics teacher with a similar schedule, the two often ate lunch together in the faculty lounge. He remembers the morning she arrived with hope in her voice and the NASA application in her hand.

Read the full article on www.foxnews.com.