Manatees released back into the wild

A manatee and her baby are back home in the wild, the pair was released at Blue Spring State Park in Volusia County

OCALA, Fla. - It took months of special care and medicine to nurse two manatees, a mother and calf, back to health.

In March, Mandy the manatee arrived at SeaWorld Orlando like so many others: emaciated and its skin clinging too tightly to its skull, ribs visible along its side. She was starving to death and wouldn't have much time left to care for her nursing calf named Manilow.

"With the condition that Mandy was in at rescue, I don’t think she would have survived much longer in the wild if we had not interfered," Cora Berchem, Save the Manatee Club, said. 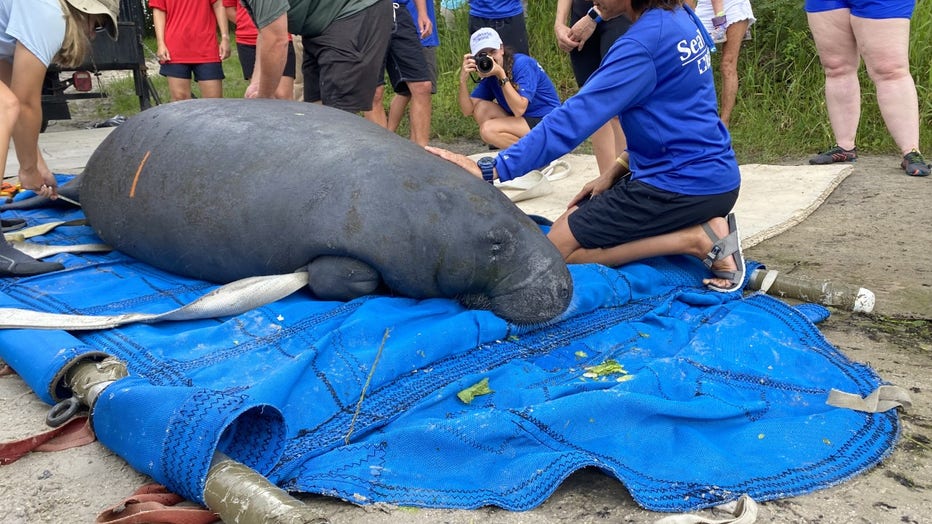 Since March, Mandy has gained 300 pounds and now weighs 1,200 pounds. She is healthy enough to return to her natural habitat along with her 400-pound calf.

MORE NEWS: Child tax credit payments to go out this week: What to know

SeaWorld Orlando, Save the Manatee Club, and others coordinated the release. Crews have taken her measurements and marked her so that they can identify her again come winter.

Curious and enthusiastic onlookers gathered around to watch dozens of people carry the two manatees out on stretchers and down the boat ramp into the water. They will be reunited with more than 400 manatees that call Blue Spring State Park home. 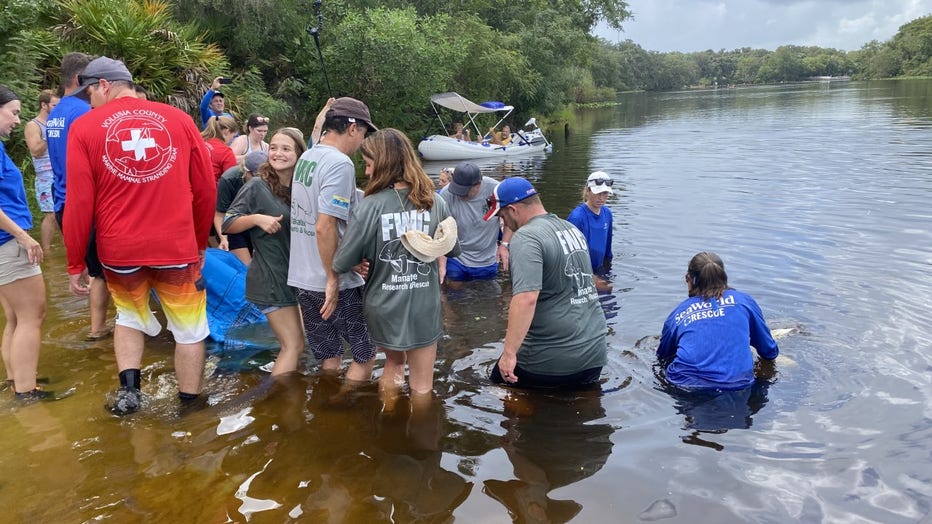 "That was so exciting. Something that you would never forget," onlooker Mary Ferguson told FOX 35.

Unfortunately, hundreds of more manatees are starving and dying along Florida's coastline though. 840 manatees have died from starvation in 2021 so far – that is more than any other year on record.

Environmentalists say that pollutants are causing algae blooms to cloud and kill off seagrasses, which are the manatees food source.

However, there is hope for the species if the waterways can be cleaned up, seagrass replanted, and sick and injured manatees rescued. But it will take time to fix the problem in order to save more manatees like Mandy and Manilow.