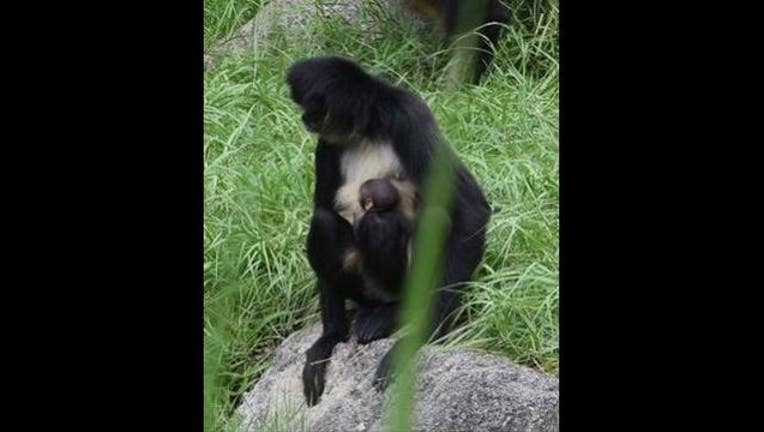 The baby monkey was born overnight Friday, making it the first Mexican spider monkey known to have been born this year.

Zoo curator Jan Steele said in a news release that there are only 67 spider monkeys in zoos around the world. Thirty of those are in the U.S.

The baby has been clinging to his mother and zoo officials are keeping their distance for now. They still aren't sure of the baby's sex and haven't given him a name.

The zoo says it plans to hold a naming contest on its Facebook page in the near future.