The Department of Environmental Studies at Rollins College recently recorded footage of the black coyote roaming around The Genius Preserve&nbsp;in Winter Park.

WINTER PARK, Fla. - A black coyote is making itself at home in Central Florida.

The Department of Environmental Studies at Rollins College recently recorded footage of the black coyote roaming around The Genius Preserve in Winter Park. The preserve is a historical landscape owned by the Genius/Morse Foundation of Winter Park.

According to experts, the dark coloring comes from an excess of melanin in their fur. Black coyotes are reportedly uncommon everywhere and hardly ever seen in Florida.

This is the second reported black coyote sighting in Florida in less than a month.

Another one was seen in the Westchase neighborhood, roaming golf courses, walking trails, and even people's driveways. 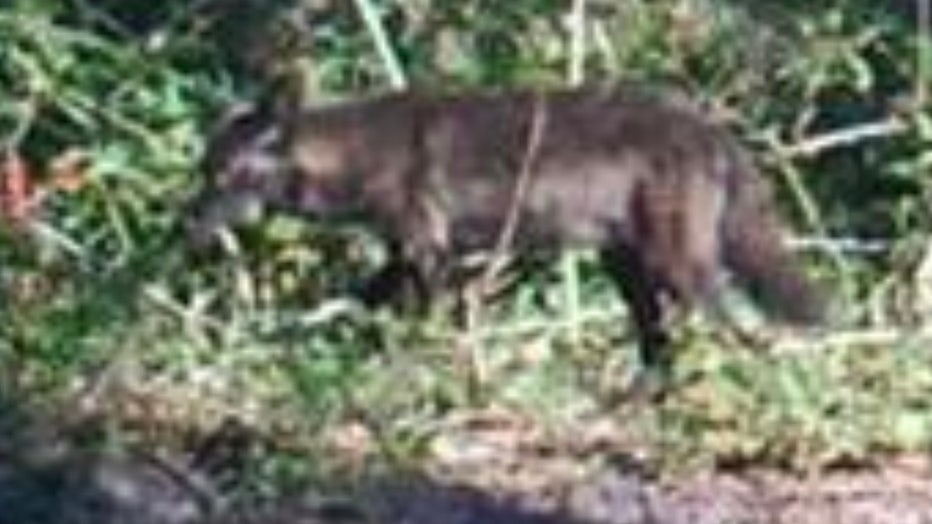 The state is reminding people that just because a wild animal does not seem scared of humans, it doesn't mean you shouldn't keep your distance.

MORE NEWS: Veteran who took delivery job for money to fix roof helped by woman who saw him struggling

The Florida Fish and Wildlife Conservation Commission says black coyotes are uncommon, though not rare. Coyotes of every stripe are all over the state.

"You just want to be aware of your surroundings, coyotes are no exception, especially if you have small pets," said FWC public information officer Bryce Phillippi.