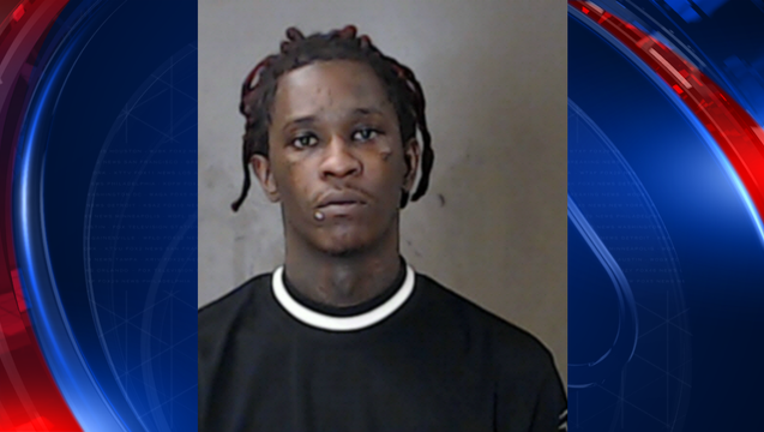 ATLANTA - An Atlanta area rapper was among three people arrested during a traffic stop for an alleged illegal tint violation. Brookhaven Police said they found narcotics, liquid codeine, two firearms, and a large amount of cash in the vehicle.

Young Thug, whose real name is Jeffery Lamar Williams, was charged with drug possession with intent to distribute. Cedric Jones and Sergio Kitchen were also arrested.

The car Williams was in contained dozens of Xanax, Loritab, Adderall, and other pills, according to the police report. In addition, there was over $49,000 in cash, two firearms, and more than 63 grams of marijuana, according to the report.

Williams, Jones, and Kitchen were pulled over near Clairmont Road and Airport Road in Brookhaven on Sunday around 7 p.m.

The arresting officer stated in the report that the 2016 Mercedes Benz Maybach appeared to have illegally tinted windows, but upon inspection, were well below the legal limit for tinted windows.

The police report stated the officer conducted a search of the vehicle after smelling the scent of marijuana permeating from within the vehicle.