Exhibits hopes to shine spotlight on faces of change

A new exhibit opened on Dr. Martin Luther King Jr Day. It looks back at the faces of change in our country and features dozens of photographs taken in the days after George Floyd's death.

Portraits and quotes show the impact of racial injustice in our country.

The exhibit features photos of people taken by award-winning photographer John Noltner in Minneapolis following the death of George Floyd. He set up his camera, asked them how they were feeling and included their responses in the exhibit. 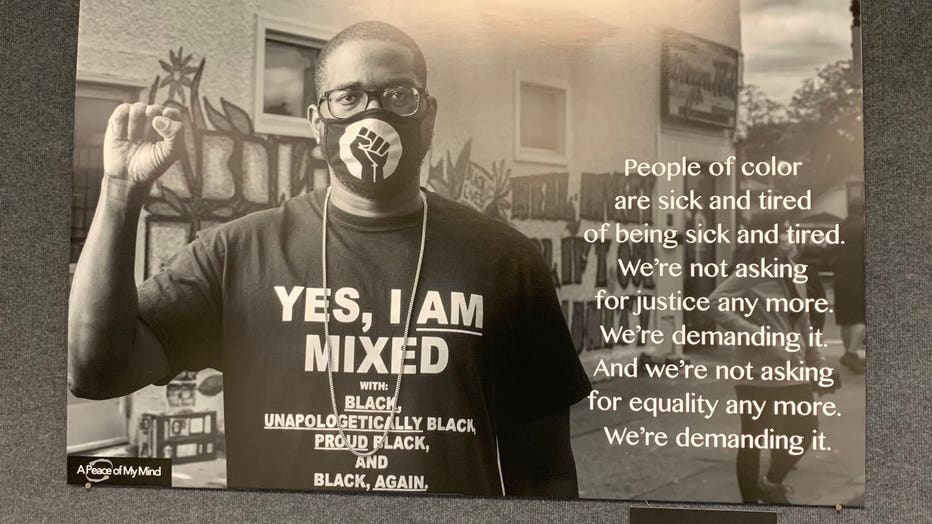 "There’s so much racism, anti-Semitism, any kind of ‘ism today," Holocaust Center Assistant Executive Director Lisa Bachman said. "We’ve got to pull together and that’s what this exhibit shows.

"Today, yes, (Dr. King’s) words remain relevant in many ways today," Mayor Demings said. "While people of color have made advances, there is still a lot that needs to be done."

Members of the community also showed up, including students who had the day off of school.

"It’s been incredible to see people my age and like my friends and my peers, we’re having so many conversations about getting involved and trying to make a difference," high school student Ashton Wilson said.

The exhibit will be open through March.

If you would like to visit, you’ll need to book an appointment here.