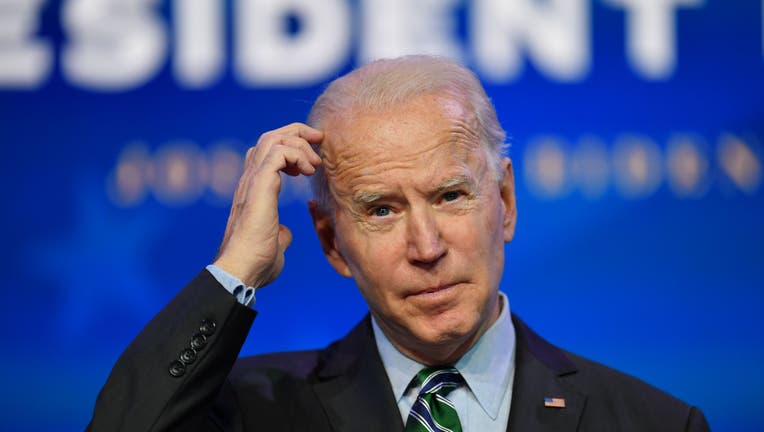 US President-elect Joe Biden introduces nominees for his science team on January 16, 2021, at The Queen theater in Wilmington, Delaware. - Biden in nominating Francis Collins to continue as Director of the National Institutes of Health, Eric Lander a

President-elect Joe Biden will be sworn in as the 46th president of the United States on Wednesday. In preparation for his presidency, Biden has already announced his selections for various administration positions, pending Senate confirmation.

Secretary of the Treasury: Janet Yellen

Yellen has previously served as the chair of the council of economic advisors and chair of the Federal Reserve. If confirmed, she will be the first female treasury secretary.

Austin is a retired four-star general with more than 40 years of military service. He would be the first Black defense secretary.

Garland is currently a federal judge, on the D.C. Circuit Court of Appeals. He was nominated to the Supreme Court by Obama, but his nomination was never considered by the Senate, ultimately leading to President Trump appointing Justice Neil Gorsuch to fill the seat.

Secretary of the Interior: Deb Haaland

Haaland is currently a Democratic congresswoman from New Mexico. If confirmed, she will be the first Native American Cabinet secretary.

Vilsack held this position in the Obama administration from 2009-2017.

Raimondo is currently the governor of Rhode Island.

Walsh is the current mayor of Boston.

Fudge is currently a Democratic representative from Ohio.

Buttigieg is a former mayor of South Bend, Ind.  He ran for president in 2020.

Granholm is a former governor of Michigan.

Cardona is currently the Connecticut commissioner of education.

McDonough was Obama’s chief of staff during his second term. He spent much of Obama’s first term as principal deputy national security advisor.

Regan has worked for the EPA in the past and is currently secretary of the North Carolina Department of Environmental Quality.

Director of the Office of Management and Budget: Neera Tanden

Guzman is currently the director of California’s Office of the Small Business Advocate.

Tai is the chief lawyer on trade for Democratic members of the House Ways and Means Committee.

Klain was Biden’s chief of staff when he became vice president in 2009. He was also chief of staff for Vice President Al Gore and Attorney General Janet Reno during the Clinton administration.

There are also four positions that Biden plans to elevate to the Cabinet level. Here are his picks for those positions:

Lander was co-chair of the President’s Council of Advisors on Science and Technology during the Obama administration.

Chair of the Council of Economic Advisors: Cecilia Rouse

Rouse was on the Council of Economic Advisors during Obama's first term and was on the National Economic Council during the Clinton administration.

Kerry was secretary of state during Obama's second term. He was a senator representing Massachusetts from 1985 to 2013.