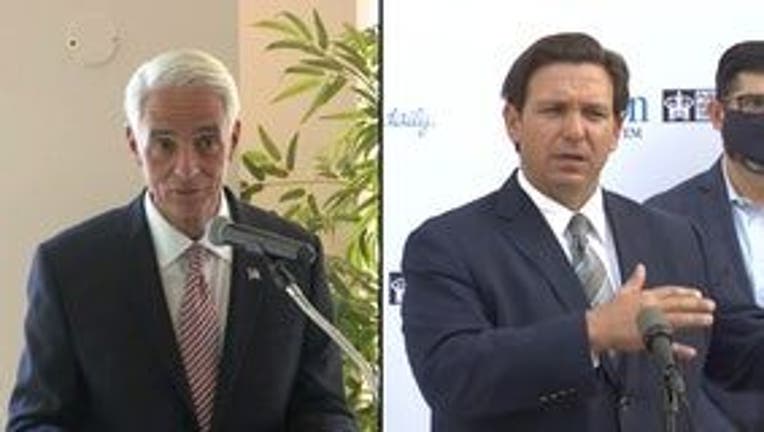 Newly filed reports show DeSantis had about $102 million in available cash in his political committee and campaign account as of Oct. 7, almost exactly a month before the Nov. 8 gubernatorial election.

Crist had about $2.9 million in cash on hand in his political committee and campaign account.

DeSantis, who is widely considered a potential 2024 presidential candidate, has drawn huge chunks of money from across the country.

Consider this: As of Oct. 7, Crist’s Friends of Charlie Crist political committee had raised about $12.282 million since being formed in May 2021, according to a report posted Friday on the state Division of Elections website.

In July, meanwhile, DeSantis’ Friends of Ron DeSantis committee received a single contribution of $10 million from Nevada businessman Robert Bigelow. And in April 2021, it received a $5 million contribution from hedge-fund manager Kenneth Griffin.

Those two contributions exceeded all of the money Crist’s committee has raised.

Cash on hand takes into account money raised previously and spent. The Friends of Ron DeSantis committee had nearly $93 million on hand, while DeSantis’ campaign had about $9.22 million available as of Oct. 7, the reports show.

The Friends of Charlie Crist committee had about $1.172 million on hand, while Crist’s campaign had about $1.726 million available, the reports show.

Crist, a congressman from St. Petersburg and former governor, has received significant financial support from labor unions and plaintiffs’ attorneys. As examples, his committee in early October received a $50,000 contribution from the International Brotherhood of Electrical Workers and a $50,000 contribution from the personal-injury firm Searcy Denney Scarola Barnhart & Shipley, according to the reports.

"Our worst fear is that we wake up after the 2022 election and have a second term with Ron DeSantis as governor," the email said. "At that point, there won’t be anything else we can do."