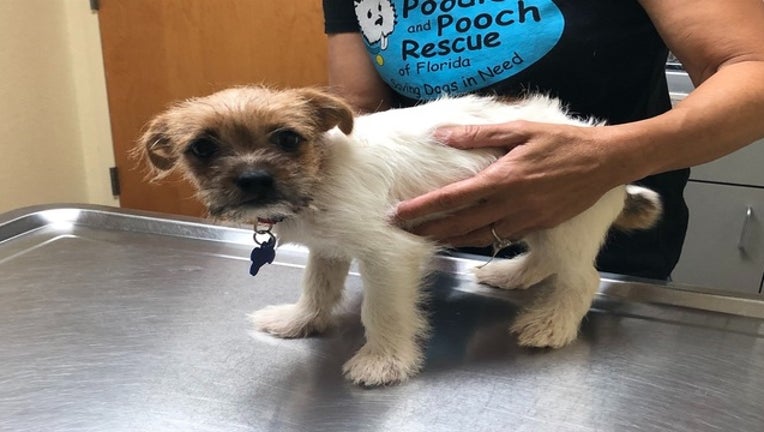 CHULUOTA, Fla. (FOX 35 ORLANDO) - The only puppy to survive after being left in a hot car overnight in Orange County is making a full recovery.

“Everything that you would expect a normal puppy to do, that’s him. He’s kissy and happy.”

Orange County Sheriff’s deputies said last week, Gruff and two other puppies were left inside a car with the windows cracked outside a hotel off Turkey Lake Road.

Two puppies died from heat exhaustion. Deputies arrested Penelope Stanley, 54, and said she left the dogs in the car because they were not allowed in the hotel room where she was staying during a family vacation to visit Disney.

“What his owner did to him is not forgivable because it’s not like she forgot about them,” Wacker said. “Usually dogs don’t survive when they’re left in a car like that.”

Wacker said Gruff suffered heat exhaustion, but veterinarians were able to treat him, and he has recovered.

Wacker said Gruff also showed signs of neglect and had to be treated for several infections.

“He was full of fleas. He was loaded with hookworms and tapeworms, [and had a] staph infection on his skin.”

Gruff will be heading to a foster home on Tuesday and will be ready for adoption in three weeks.

“We will get hundreds of applicants for this boy,” Wacker said. “I’m worried about the volunteers that are going to have to process the applications to adopt him.”

Poodle and Pooch Rescue is a nonprofit organization that has spent 12 years working with animals that are elderly or have special medical needs.