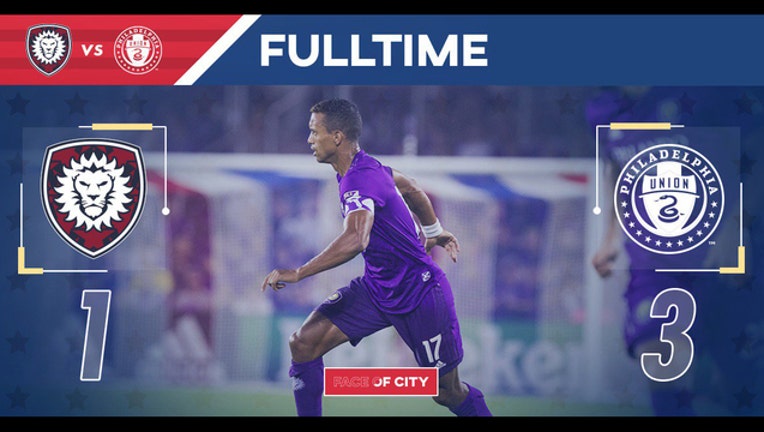 Przybylko gave Philadelphia (10-5-5) a 2-1 lead in the 47th minute. Haris Medunjanin lofted a long pass that Brenden Aaronson flicked at the end line to Przybylko, who first-timed a half-volley for his fourth goal in the past three games.

Chris Mueller stole a pass near midfield and raced downfield before slipping a side-footer past backpedaling defender Jack Elliott and just inside the post to give Orlando City (6-9-3) a 1-0 lead in the eighth minute.

Przybylko ran onto a pass from Jamiro Monteiro, cut back to evade a defender and side-netted a left-footer that made it 1-1 in the 32nd.

Fabrice-Jean Picault capped the scoring in the 52nd minute.

Orlando City played much of the second half down two men after Robin Jansson and Sacha Kljestan were shown straight red cards -- Jansson in the 45th for denying a goal-scoring opportunity and Kljestan in the 67th minute for a studs-up tackle.