The death of George Floyd in Minneapolis has sparked protests around the country, including Florida. Dozens gathered on Friday at a home belonging to a police officer charged in Floyd's death.

“I felt like we needed to come out here and stand and show people that we care and there’s people all around the country paying attention,” said Miles Mulrain.

The crowds gathered from all walks of life to share their pain and frustration.

"We don’t have to hurt each other to share the message, but we do need to stand together,"

A few banged on the front door of the home, while others drew the black lives matter logo on the side of the house. All in all, the demonstration was peaceful. 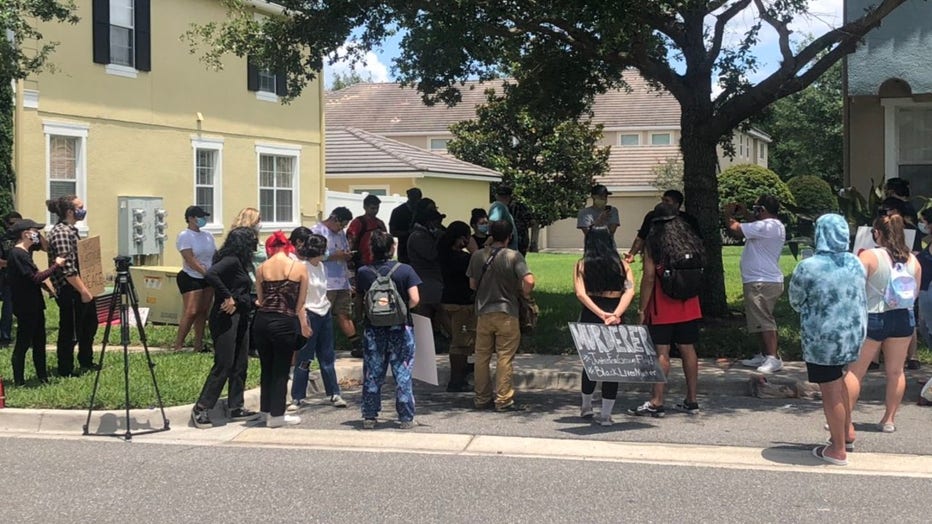 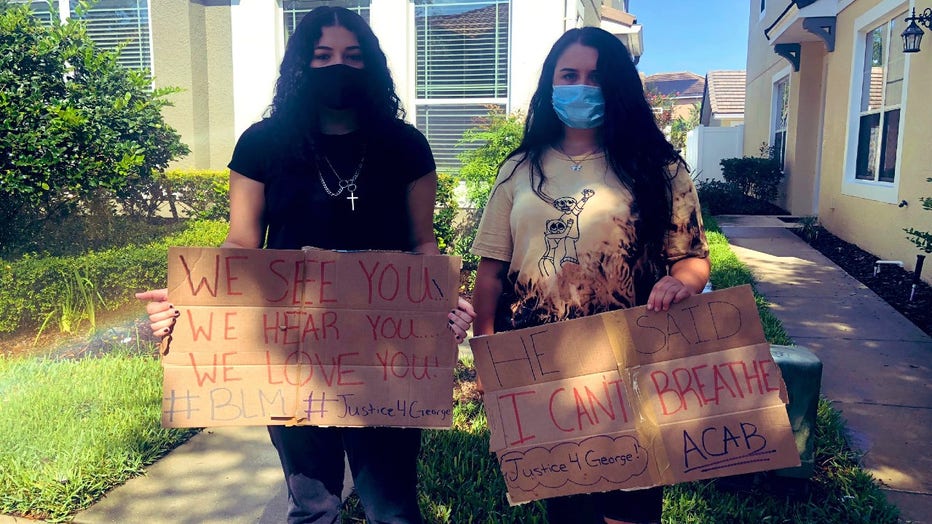 “We’re all angry and upset and we need to come together, we don’t have to hurt each other to share the message, but we do need to stand together,” said Mulrain.

Messages were left with chalk on the sidewalk memorializing Floyd and calling for justice. 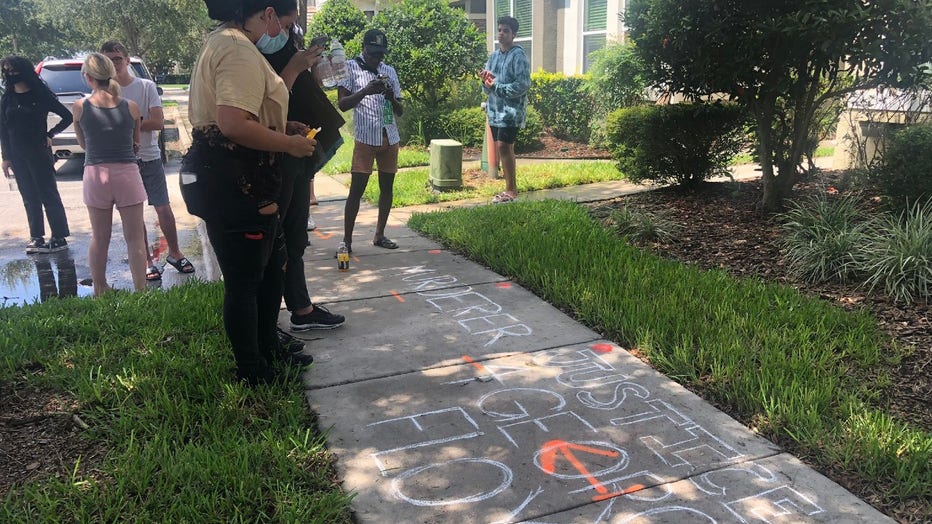 “We need to come up with ways to make sure that this doesn’t happen again, because we shouldn’t have to come out every time there’s an incident, we should be able to prevent this from keep happening over and over,” said Mulrain.

As the day progressed, the protestors learned the news of Chauvin’s arrest but say justice has not yet been served.

“We need a conviction, That’s what we need, that’s not enough!” said Daisy Rosado.

Until then, they plan to be loud and visible.

“There’s work to be done, it ain’t about exerting all this energy and two weeks later we’re back to shucking and driving and Netflix and chillin,'" said an unnamed protester. "You see what I’m saying? We’ve got work to do!”

Orange County sheriff’s deputies are patrolling the area but have not had reason to interfere, they said.