Parents are organizing an Orange County blackout, asking parents to not send their children to school on Monday with a mask. Some say it's a way to stand up and say masking should be up to the parents. Monday is when Orange County's mask mandate goes into effect.

Some parents are planning a protest outside the Orange County Public Schools administration building in Downtown Orlando from 9 a.m. until 11 a.m. on Monday, protesting the mandate. They call it the "Orange County Black Out" –  a move banning the mask mandate in schools.

Congressional candidate Willie Montague spoke about the protest, telling FOX 35 that "we’re asking parents to take that stand and not send them to school to show the school board that it is the choice of the parents." 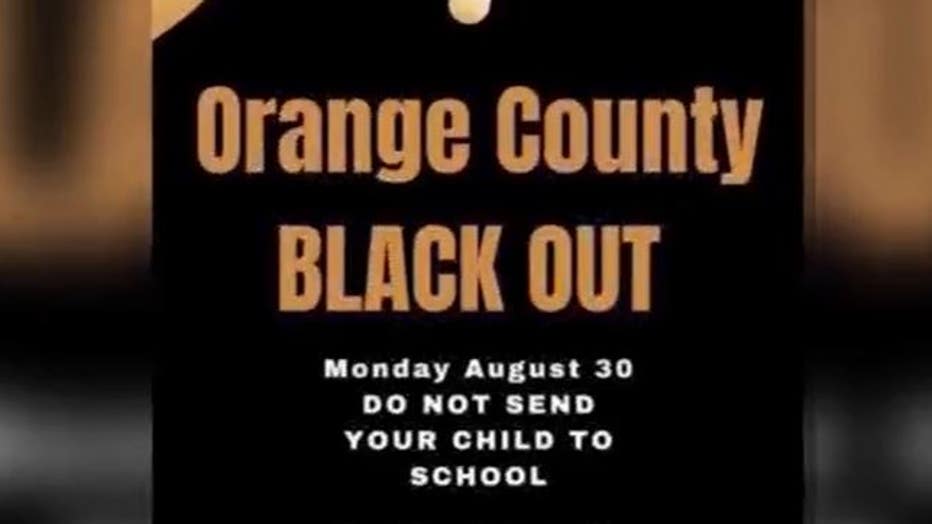 However, Orange County Mayor Jerry Demings said that only a small percentage of students have protested the mask mandate in schools, explaining that "it’s concerning but I know the majority of parents are not going to send their child to school without masks."

Mayor Demings' wife, Congresswoman Val Demings, said that local leaders should be taking care of their communities rather than state leaders. She said, "let’s leave it to the local leaders."

Students could face anything from a verbal warning to in-school suspension for failing to wear a mask in school, citing that "the school district certainly has the authority to discipline students who fail to comply with their student code of conduct and various policies. And so, that’s something that will play itself out."

Montague said that he's working with a group called Moms for Liberty to take court action, stating "we do plan on seeking legal action."

Then, on Tuesday, the demonstrators ask that students are asked to go to school without their masks on.