JACKSONVILLE, Fla. - Onlookers saw it coming. An unsuspecting woman walked across a parking lot in Jacksonville, not realizing she would fall victim to a nearby attacker – a Canada goose.

The woman managed to escape her attacker, but dropped all of her belongings in the parking lot and had to wait for a good Samaritan to help her retrieve them. 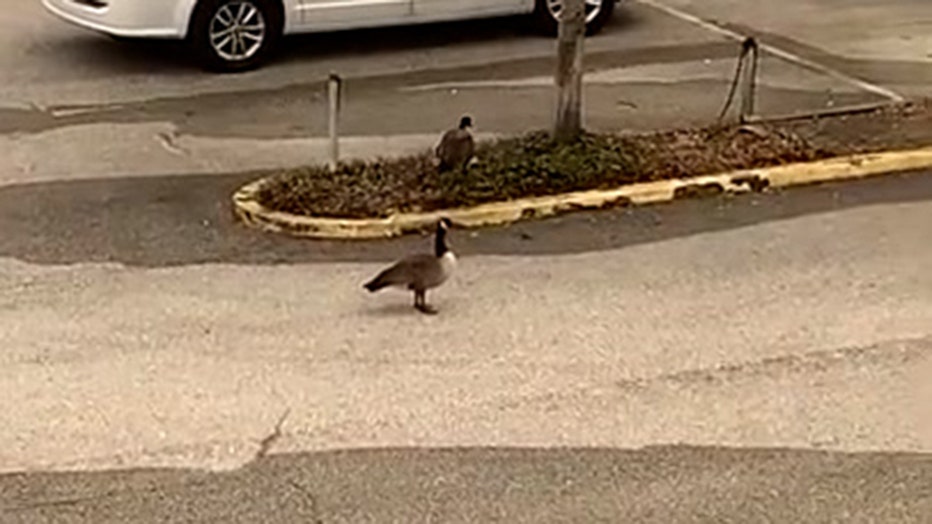 The scene unfolded as Victoria Willard and others watched, recording video they later posted on TikTok.

"She doesn't even expect it," one person can be heard saying on the video as the woman walks across the parking lot.

The goose is visible to the onlookers, but not the victim, who appears to be looking at her phone while she walks.

There were 3 eggs but only one survived. They have since left the nest. Thank y’all for watching and enjoying these videos!

"Is she even paying attention?" another person asks.

Then the goose makes its move. It swoops toward the woman, flying straight at her. Her belongings scatter across the pavement as the onlookers scream "no!" 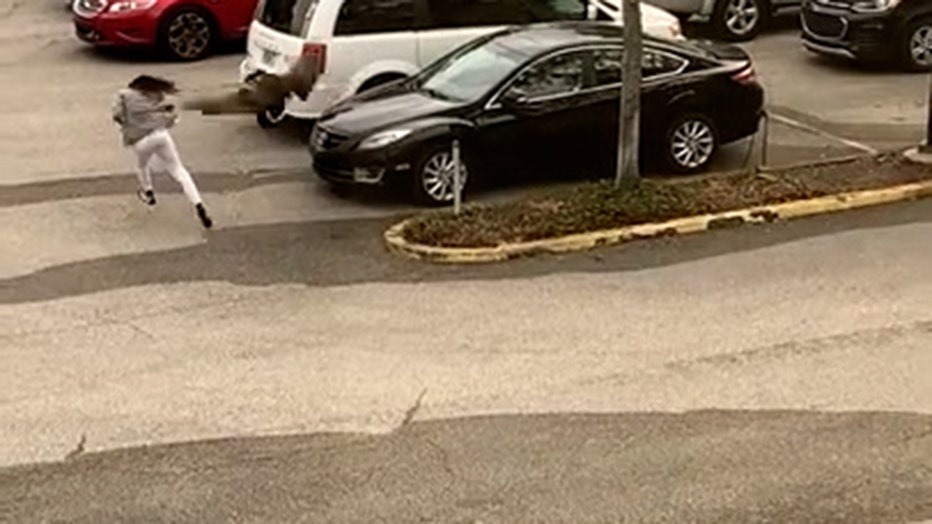 "She's dropping everything," a woman says as a man laughs uncontrollably in the background.

It appears the people watching the attack knew it was coming. According to Storyful, the goose is known in the area as a protector of a nearby nest.

Willard told Storyful that she began recording after her supervisor said he was attacked while walking to the building, and she wanted to "see if it would happen again." 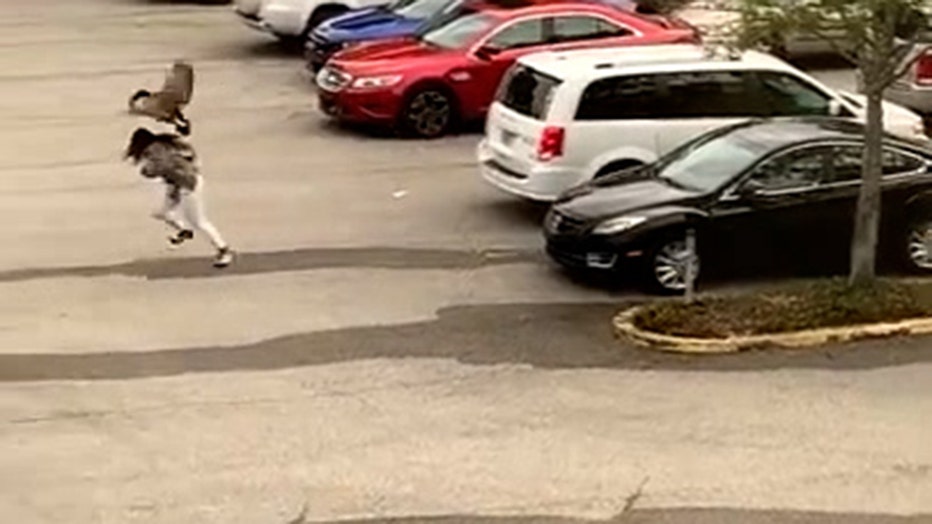 Thankfully, the woman is not hurt, but she can't seem to figure out how to get to her things.

Meanwhile, a man identified in the video as Joseph enters the scenario. He gets into a car near the goose, managing to get inside before being attacked.

He pulls out of the parking space, positioning his vehicle in between the goose and the woman's belongings, just long enough for her to run over and pick them up.

Finally! Now we can get to work safely each morning. 😊

An update posted by Willard to TikTok on April 16 shows a gosling walking around with the geese in the lot.

"Finally! Now we can get to work safely each morning," she wrote.