Imagine a Florida with no more toll roads. A grassroots effort is underway to get a constitutional amendment on the 2020 ballot that would do just that.

ORLANDO, Fla. - Imagine a Florida with no more toll roads.

A grassroots effort is underway to get a constitutional amendment on the 2020 ballot that would do just that.

Floridians have all paid tolls at some point or another.

The fees could soon be a thing of the past if a statewide campaign succeeds.

“It’s taxation without representation is what it amounts to,” Baptiste said. 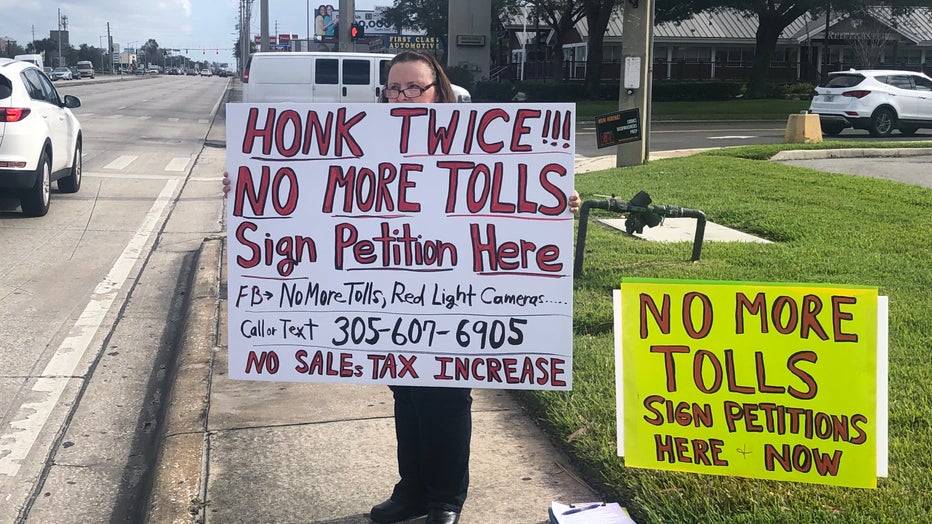 Petition calling for the end of toll roads in Florida. (FOX 35 Orlando)

Baptiste, who is collecting signatures around the state, hopes to get tolls on the ballot by way of a constitutional amendment eliminating all tolls on Florida highways until voters have their say.

“The right to vote on toll increases and new tolling of roads,” Baptiste said.

“There’s no free highway,” said Sean Snaith, director of The Institute for Economic Competitiveness at The University of Central Florida.

Snaith says the money has to come from somewhere.

“We don’t have a heavy tax burden in the state of Florida. There’s no state income tax in other states. Transportation projects are funded through higher levels of tax revenue,” Snaith said.

If tolls went away, taxes would likely rise.

“If we had the same infrastructure, but it wasn’t paid for via tolls, it would have had to be paid for by some other means, and people would be paying that bill. It just comes in a different form,” Snaith said.

If anything, Snaith says Central Floridians share the cost with tourists.

“We actually probably pay less for our infrastructure because of the visitors that come in and pay the tolls,” Snaith said.

Baptiste isn’t buying the argument that tolls are better than higher taxes.

The issue would have to clear a judicial review prior to making the ballot in 2020.

LEARN MORE ABOUT THE CAMPAIGN