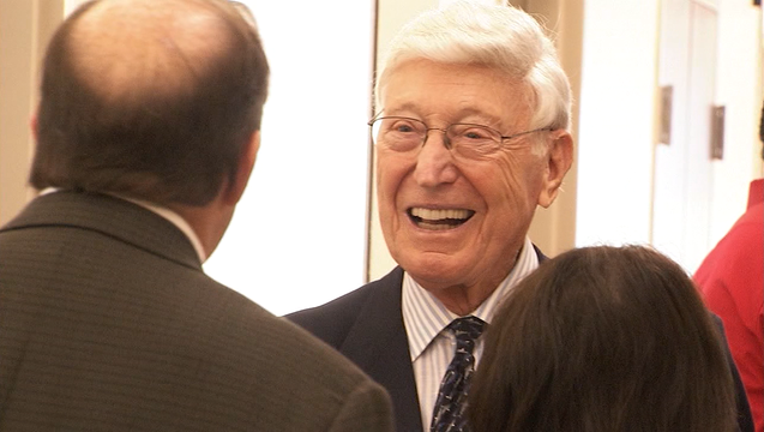 Marcus is one of the three founders of the Atlanta-based Home Depot. There have been calls to boycott the home improvement chain, of which, Marcus still holds a large number of shares, after he gave an interview to an Atlanta area newspaper about how he plans to give most of his wealth away in his lifetime.

Amid the list of offerings he has given including the Georgia Aquarium which he calls his “$250 million gift to Georgia,” the millions donated to the trauma center and a stroke and neuroscience center at Grady Health System, the Marcus Autism Center, the Marcus Institute, and the Marcus Foundation, the 90-year-old billionaire discussed his political leanings.

The report was picked up by several other publications including FOX Business.

Marcus, who was one of President Trump’s top donors in 2016, said he plans to support the president’s 2020 re-election bid.

“A truly great, patriotic & charitable man, Bernie Marcus, the co-founder of Home Depot who, at the age of 90, is coming under attack by the Radical Left Democrats with one of their often used weapons. They don’t want people to shop at those GREAT stores because he contributed....”

“....to your favorite President, me! These people are vicious and totally crazed, but remember, there are far more great people (“Deplorables”) in this country, than bad. Do to them what they do to you. Fight for Bernie Marcus and Home Depot!”

According to the reports, Marcus has donated about $2 billion to more than 300 organizations and said he doesn’t plan to stop. He said how much he will end up giving depends on how well Home Depot does. He hopes to donate up to $6 billion during his lifetime.

Forbes places Marcus’ net worth at around $5.8 billion.