Joe Biden became the President Elect over the weekend.

During President-elect Joe Biden's address to the nation Saturday evening, he announced that his administration's work will begin with addressing the coronavirus pandemic.

"We cannot repair the economy, restore vitality or relish life's most precious moments - our grandchildren, our children, our birthdays, weddings, graduation, all the moments that matter most to us - until we get it under control," Biden said.

Biden -- speaking after an apparent election victory over President Trump -- said he will name a group of leading scientists and health experts as "transition advisers" to create a COVID "action blueprint" that will begin after he is sworn in Jan. 20.

He noted that his administration's plan will be built on "bedrock science" and constructed out of "compassion, empathy and concern."

"I will spare no effort -- none -- or any commitment to turn around this pandemic," he added.

The U.S. has surpassed 9.8 million confirmed cases of the virus, with more than 230,000 related deaths, according to the latest update by Johns Hopkins University. 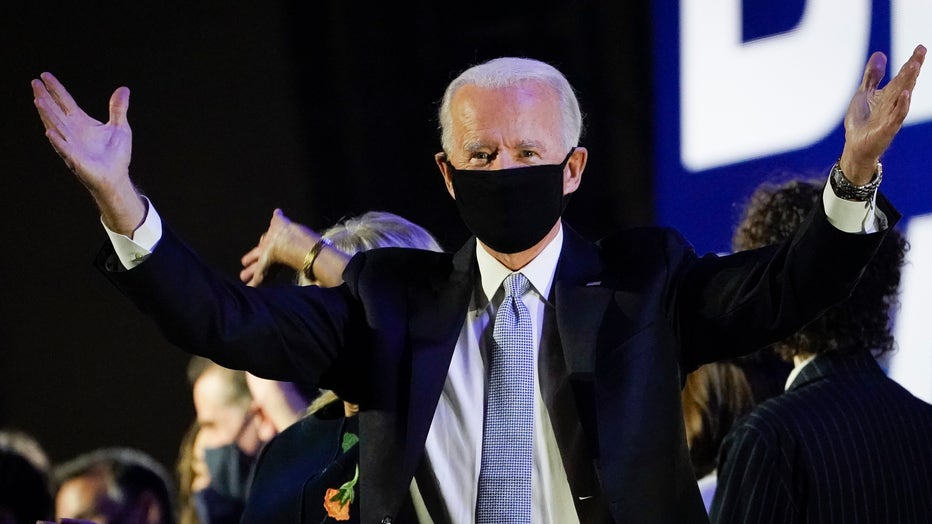 Although some did not follow social distancing, the majority of Americans appeared to be wearing masks. Meanwhile, the Biden/Harris victory event in Wilmington, Del., saw stronger social distancing enforcement with many supporters sitting in, on or around their cars.

Still, the COVID Tracking Project recorded more than 128,000 cases in a single day Saturday, as a new wave of the pandemic continued to surge heading into late fall and winter.