A police officer found himself in an awkward place after pulling over his department's boss. Chief Thomas Grimaldi says he was in the wrong and said his officer did exactly what he was expected to do: his job.

PORT ORANGE, fla. - Well this is awkward: you’re a police officer pulling someone over for speeding, and the person in the car is your boss.

That’s the situation one Port Orange Police officer found himself in on a traffic stop in late October. Newly released body cam footage shows the moment when all the officer could do was laugh as he approached the window of the pulled over car and Chief Thomas Grimaldi was the one in the driver’s seat.

"Just wasn't paying attention, and I was going faster than the speed limit,” said Grimaldi with a smile as he recalled the traffic stop Wednesday. "One of my officers was running radar in that area and he caught me. Like everybody else: when I see the red and blue lights behind me I get nervous too."

The feeling was clearly mutual for the officer on this stop, but Grimaldi’s guy did exactly what the chief said he expected him to do: he did his job.

The officer checked the chief’s license and registration, insurance, and ran through the normal speech most have heard when in that position. The officer even tells the chief on the video that he’s been mostly writing warnings on that stretch of road as it’s a newer stretch in the area.

However, Grimaldi repeatedly insists to the officer that he get what’s coming to him: a ticket. 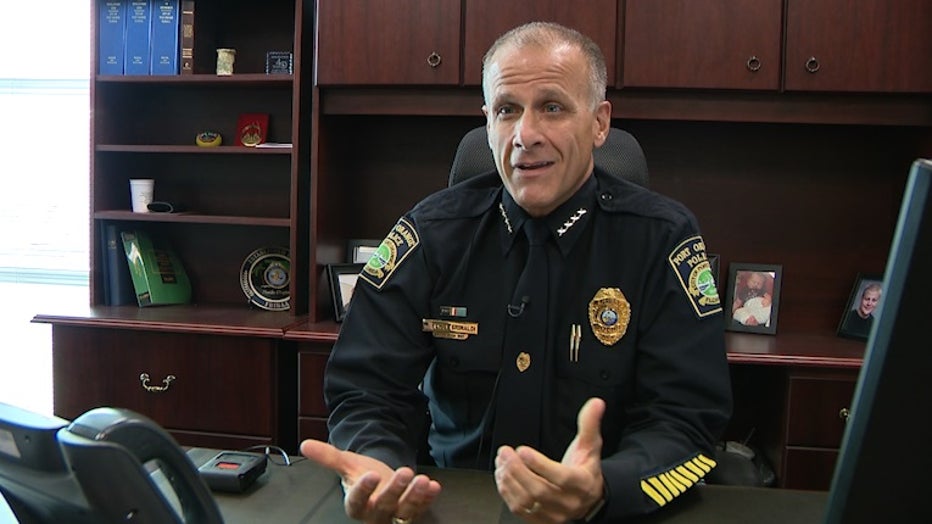 "The law applies to everybody including the chief of police,” he said Wednesday. "At the end of the day I did something wrong and there's consequences for that."

So the officer gave Chief Grimaldi the speeding ticket, and Grimaldi said he paid up his debt to society.

The Chief said Wednesday that he’s still mad at himself for his traffic infraction, but he’s glad his team performed as expected in the odd circumstance.