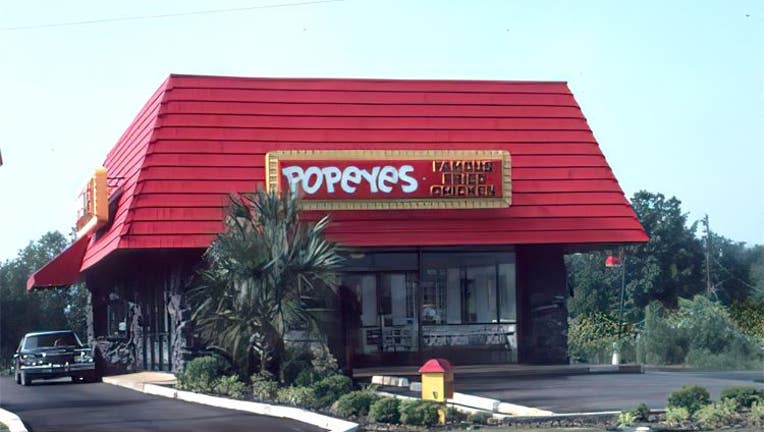 A previous Popeyes storefront is pictured in a provided image. (Credit: Popeyes)

MIAMI - Popeyes is throwing it back to 1972, the year of an infamous break-in now known as the Watergate scandal, Elton John released his hit song "Rocket Man," and when the famous fried chicken chain first opened its doors.

Popeyes was founded on June 12, 1972, in New Orleans, Louisiana, by Al Copeland. Originally called "Chicken on the Run," it was later reopened as Popeyes — selling spicy, New Orleans-style chicken. Its first franchise restaurant opened in 1976 and today, there are over 2,800 locations across the U.S., alone.

As the chain prepares to celebrate its 50th anniversary this month, Popeyes is selling two pieces of its famous bone-in-chicken for only 59 cents. The discounted price is the same amount customers originally paid in 1972, the company said. 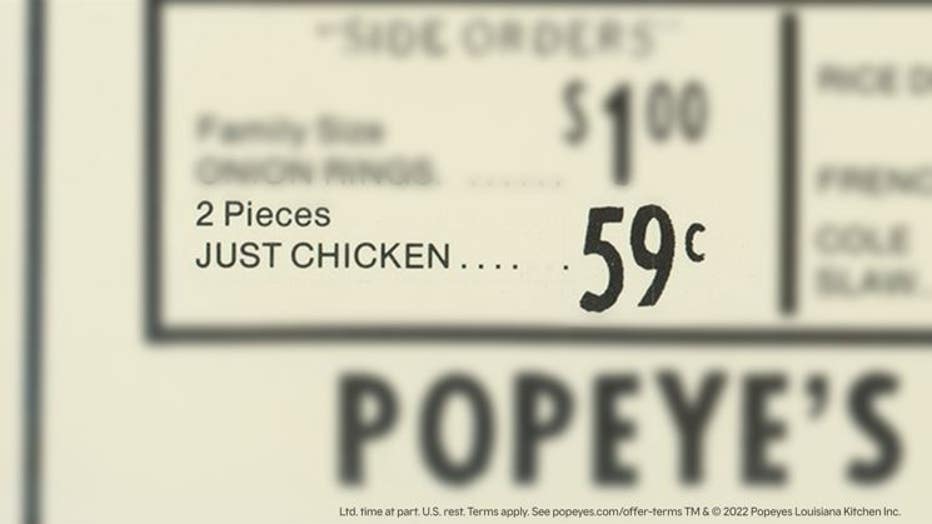 An original Popeyes menu is pictured in a provided image. (Credit: Popeye's)

Between June 12 and June 19, customers who use the Popeyes app or order on Popeyes.com and spend a minimum of $5 can cash in on the anniversary deal. The special offer is not valid for delivery and purchases in Los Angeles must be a minimum of $10, the company said.

Popeyes, which is now headquartered in Miami, Florida, has since become a subsidiary of the Toronto-based Restaurant Brands International that also owns Tim Horton’s, Burger King and Firehouse Subs. There are also hundreds of international Popeyes locations in over 25 countries, including hundreds of new restaurants announced this year in South Korea.

The history of Chick-fil-A

Chick-fil-A, one of the largest family-owned restaurant chains in the U.S., rose from humble beginnings as a small diner in a suburb of Atlanta.

Beyond Popeyes, other fast-food chains have made recent headlines for creative promotions, including Velveeta’s launch of nail polish that smells like cheese.

RELATED: The history of Chick-fil-A: From small diner to fast-food giant closed on Sunday