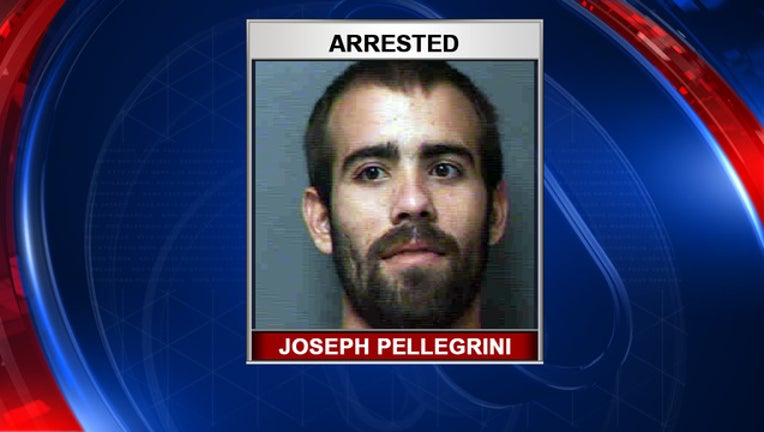 WINTER HAVEN (FOX 13) - He wanted pizza, but instead got a set of handcuffs and a sheriff's K9 officer chewing on his leg.

Joseph Pellegrini apparently wanted his Saturday night out on the town in Winter Haven to end with a snack.  Polk County deputies say, after a failed attempt to break into a Chinese restaurant, he moved on to Hungry Howie’s, where he busted through the glass door.

A witness called 911 and deputies where there minutes later.  Polk Sheriff Grady Judd says, when Pellegrini refused to come out, they sent 'Recon' the K9 in.

"That dog bit him and held on," Judd said.

Sheriff Judd says Pellegrini then tried to fight the K9, and that deputies had to force him down.

Pellegrini, who has a criminal record, had to be treated for the K9 bites. He's in jail charged with several burglary charges, resisting arrest, and assault on a K9 unit.