Orlando police officers are investigating a woman's death after she fell off an Insterstate 4 bridge near the intersection of Central and Garland.

ORLANDO, Fla. - The Orlando Police Department says a woman fell from an Interstate 4 overpass after getting hit by a car.  The approximately 50-foot drop proved to be fatal, as she succumbed to her injuries at a hospital.

Two lanes on I-4 eastbound were shut down at Central Boulevard on Friday as investigators collected evidence.  Police say the woman was outside of a car after a separate accident when another car hit her, causing her to fall over the overpass onto Garland Avenue below. 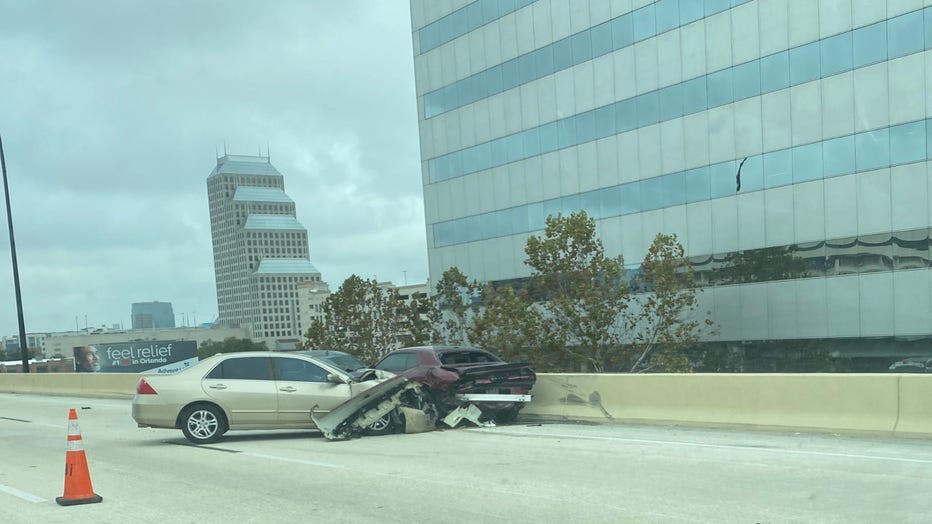 Tasha Taylor said her son, Ronelle, was driving a maroon car, when a fender bender occurred with a woman, in a grey car.
They called for help and waited.

The name of the deceased was not immediately released.