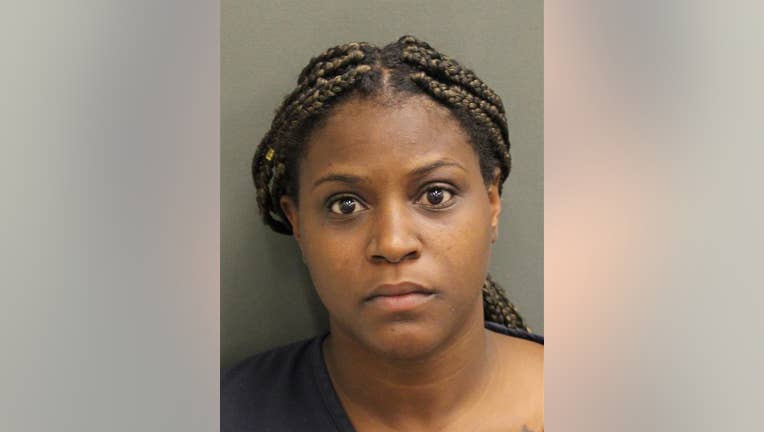 ORLANDO, Fla. - The Orlando Police Department arrested a Texas woman they say battered five airline agents at Orlando International Airport (OIA) because of a dispute over her carry-on bag.

Officers arrived at the airport on Wednesday afternoon and spoke with one victim who said 21-year-old Emmari Jackson became irate when she was told she couldn't fly because of her behavior. Jackson reportedly threw a bag of shoes at the agents during the argument.

According to the police report, Jackson tried to hit one agent who was behind the counter then punched another in the head. As a supervisor for Spirit Airlines tried calling police, they say Jackson ran at them and then jumped on the supervisor.

At some point, police say Jackson grabbed a custodian's metal dustpan and hit another victim with it, the report states. Officers arrested Jackson, who was reportedly upset about being charged for her carry-on bag.

When she was taken to the Orange County Jail, police say she told officers that she had COVID-19 and began coughing on the equipment during the booking process. When a nurse went to get Jackson a face mask, Jackson tried escaping from officers and began to spit and cough in an officer's face, the report states. She then kicked another officer in the chest as police were trying to restrain her.

Jackson is charged with battery and battery on a corrections officer.