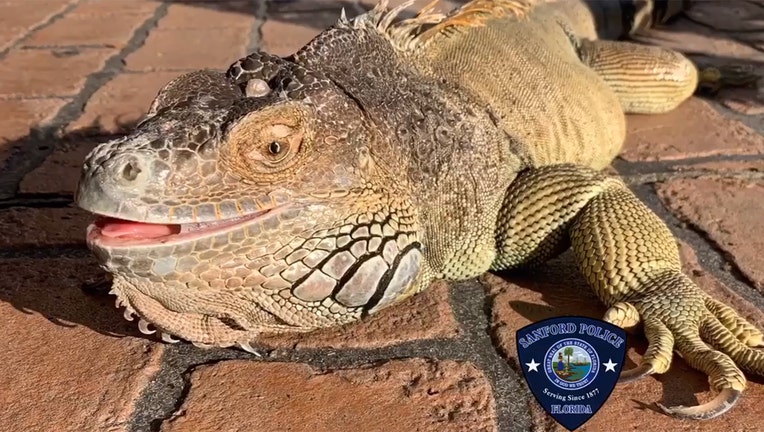 SANFORD, Fla. - Police investigators in Sanford, Florida say an iguana reported stolen from a smoke shop last month has been reunited with its owner.

"Thanks to tips submitted to our investigators after this morning’s post on social media, Smog, the iguana, was located safe and sound," the agency posted on its Facebook page late Monday afternoon.

The joyful reunion came just hours after police released images of two people seen at a pet store holding an iguana that matched the description of Smog. Authorities were asking for assistance in identifying the man and woman.

Smog has been a customer favorite at the smoke shop named Pipe Eyes, located just off State Road 417. Customers and employees of nearby businesses would stop by daily with treats for him or give him a pet. The iguana's caretaker told FOX 35 News that Smog is well trained and roams throughout the store normally.

MORE NEWS: Flu season expected to be worst in decades, on the rise in Florida, health officials say

However, on the day of his disappearance, some employees at the shop said that they were asked questions about the iguana, even going as far as commenting that he looked delicious. The person asked the employees if they could buy Smog. Moments later, the iguana was missing. 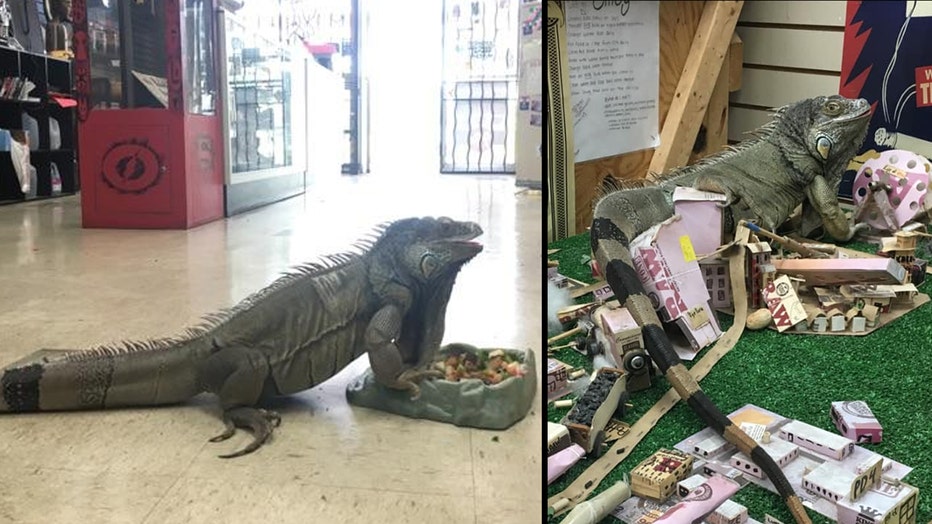 MORE NEWS: Deputies: 4 vehicles struck by gunfire on I-4 near Osceola County

“That’s our pet, we care about him, that’s our baby,” Smog's caretaker said.

The Sanford Police Department did not immediately offer any additional as the circumstances surrounding Smog's recovery in the Facebook but added, "Our crime scene investigators had the honor of returning Smog to his owners."

Moments before the iguana's disappearance, someone inside the store said that the iguana looked delicious.